The big news this week is that the construction barriers at both ends of the north hall are down. You can really walk there, and see the newly formed rooms, albeit on unfinished floors and under ceilings that are still being completed. In other news in the week that ended with Halloween: 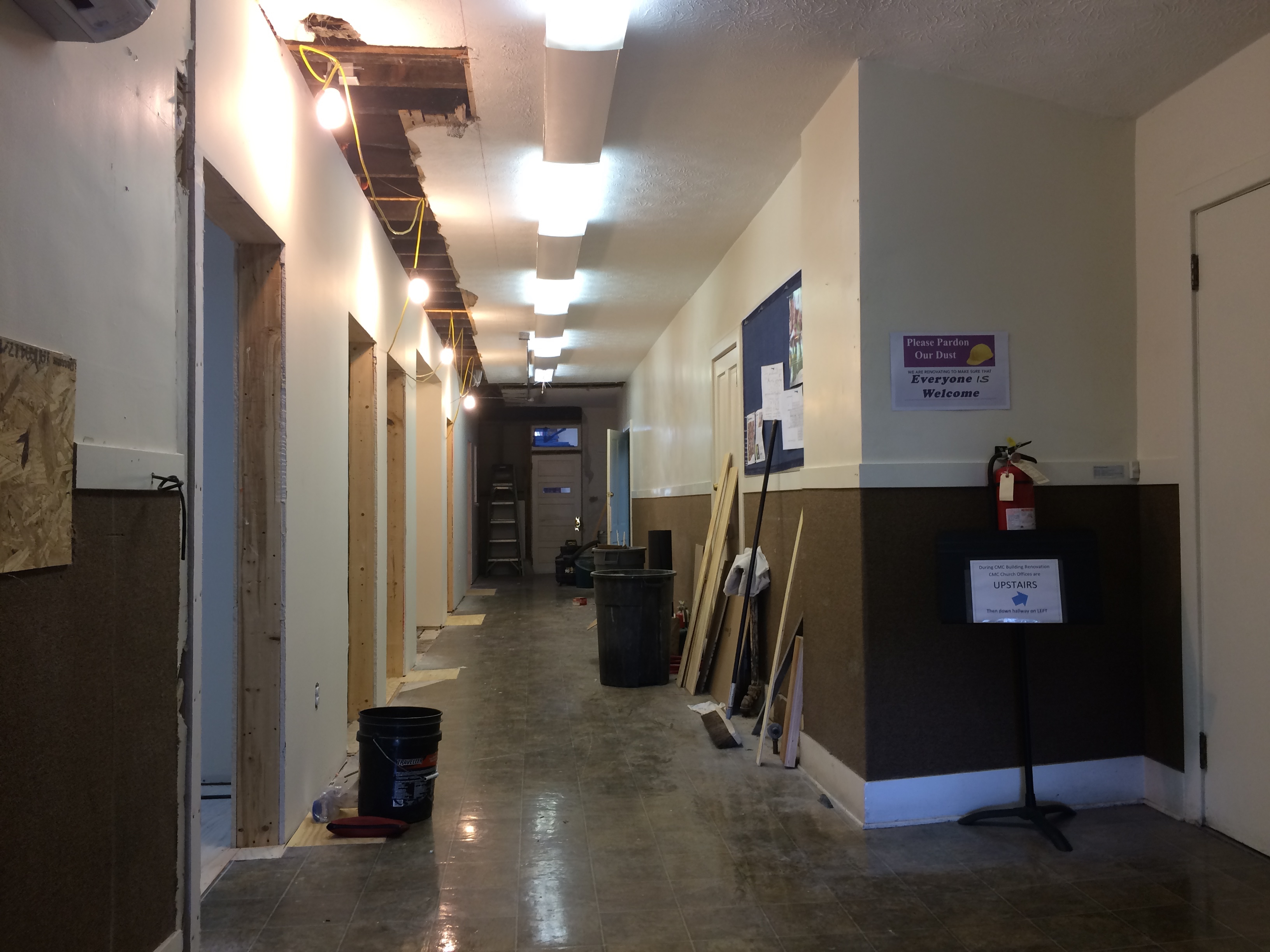 Although it was kind of fun to look at the work through the windows in the construction barriers, removing them will definitely make it easier to, you know, walk down the new hall. 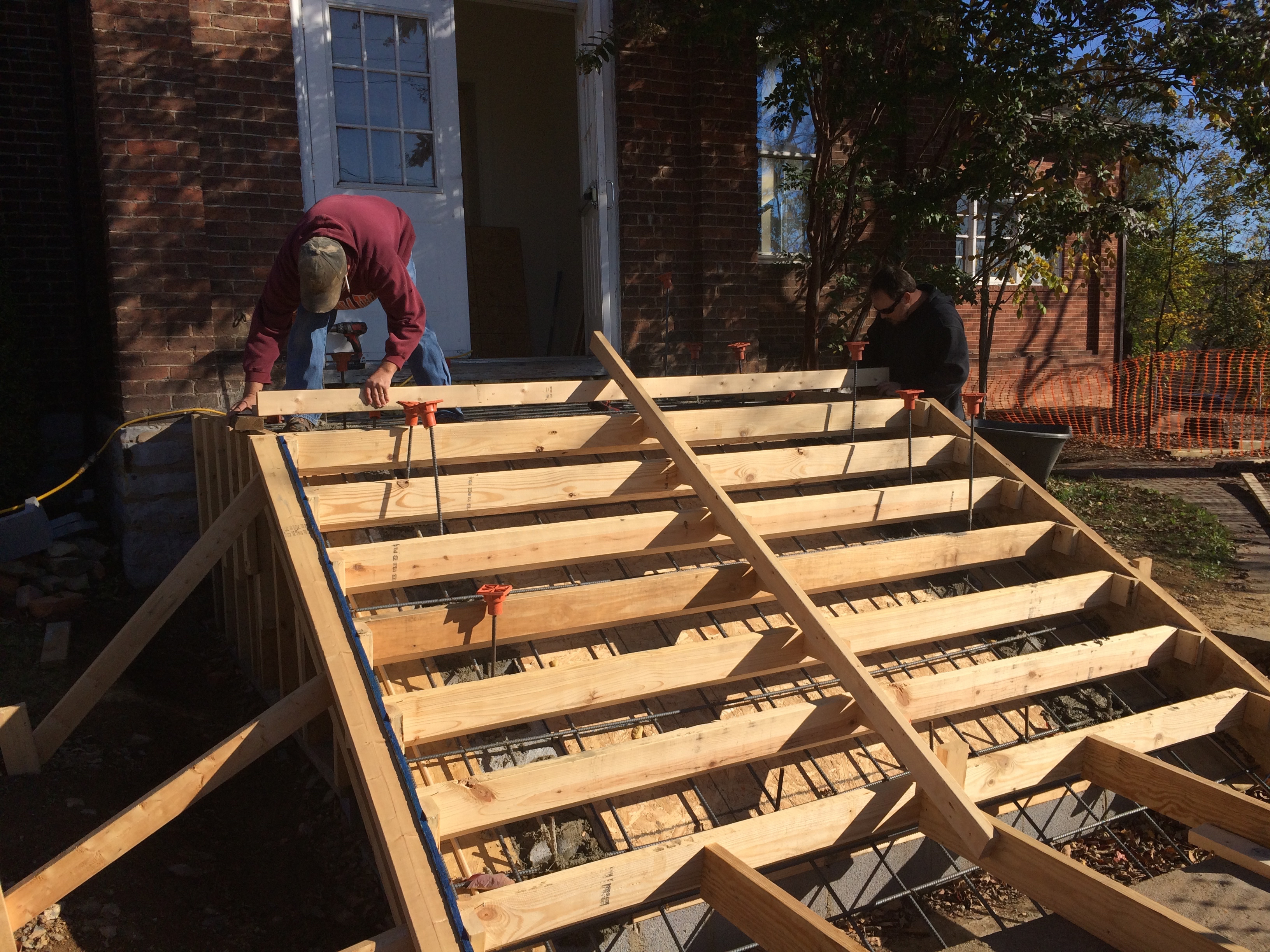 This elaborate wood structure will be filled with concrete to make the new steps at the south entrance. 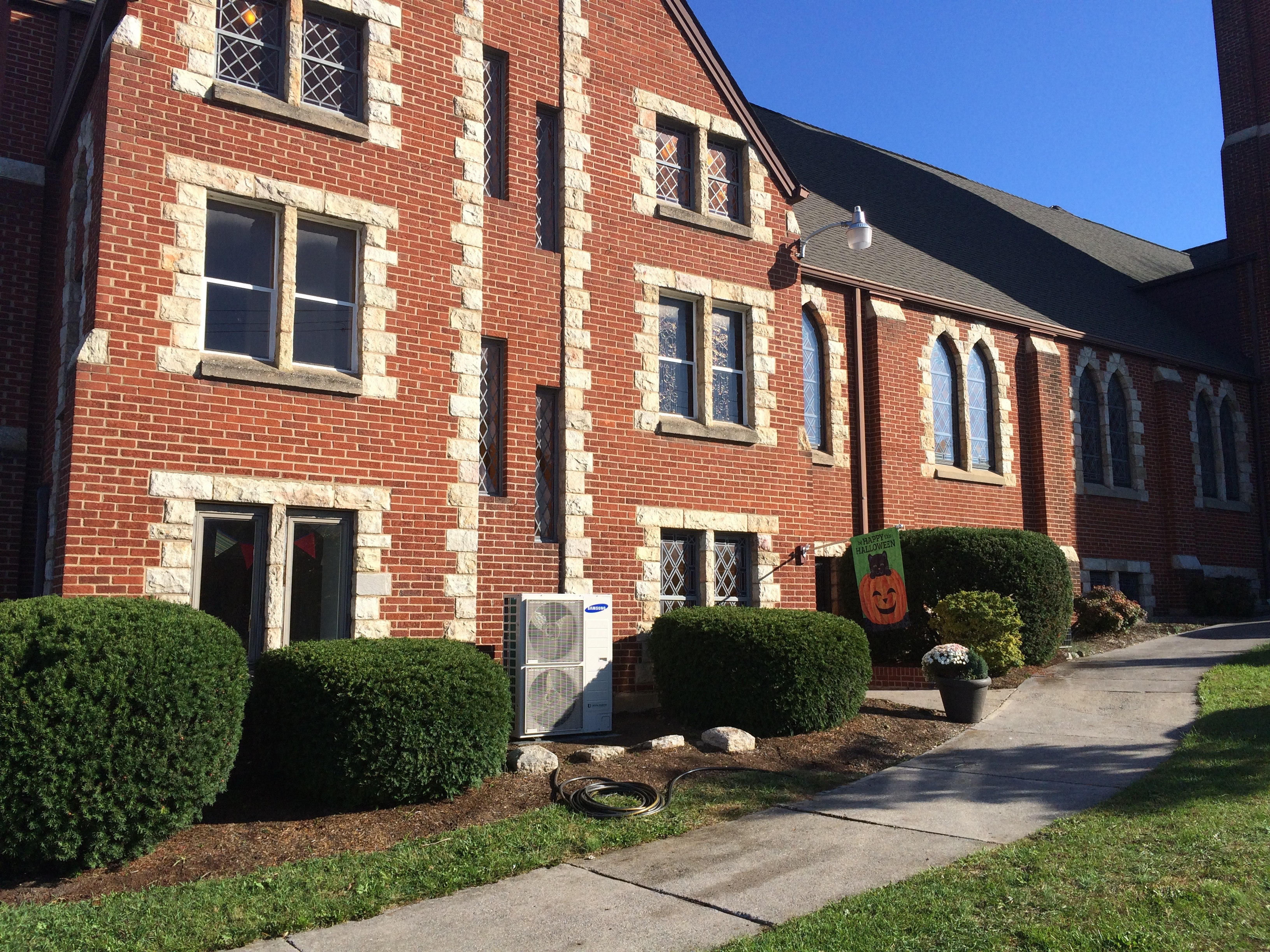 This is the outdoor portion of the sanctuary air machine in the south atrium. The pumpkin banner, though nicely seasonal, is temporary and unrelated to the HVAC system.