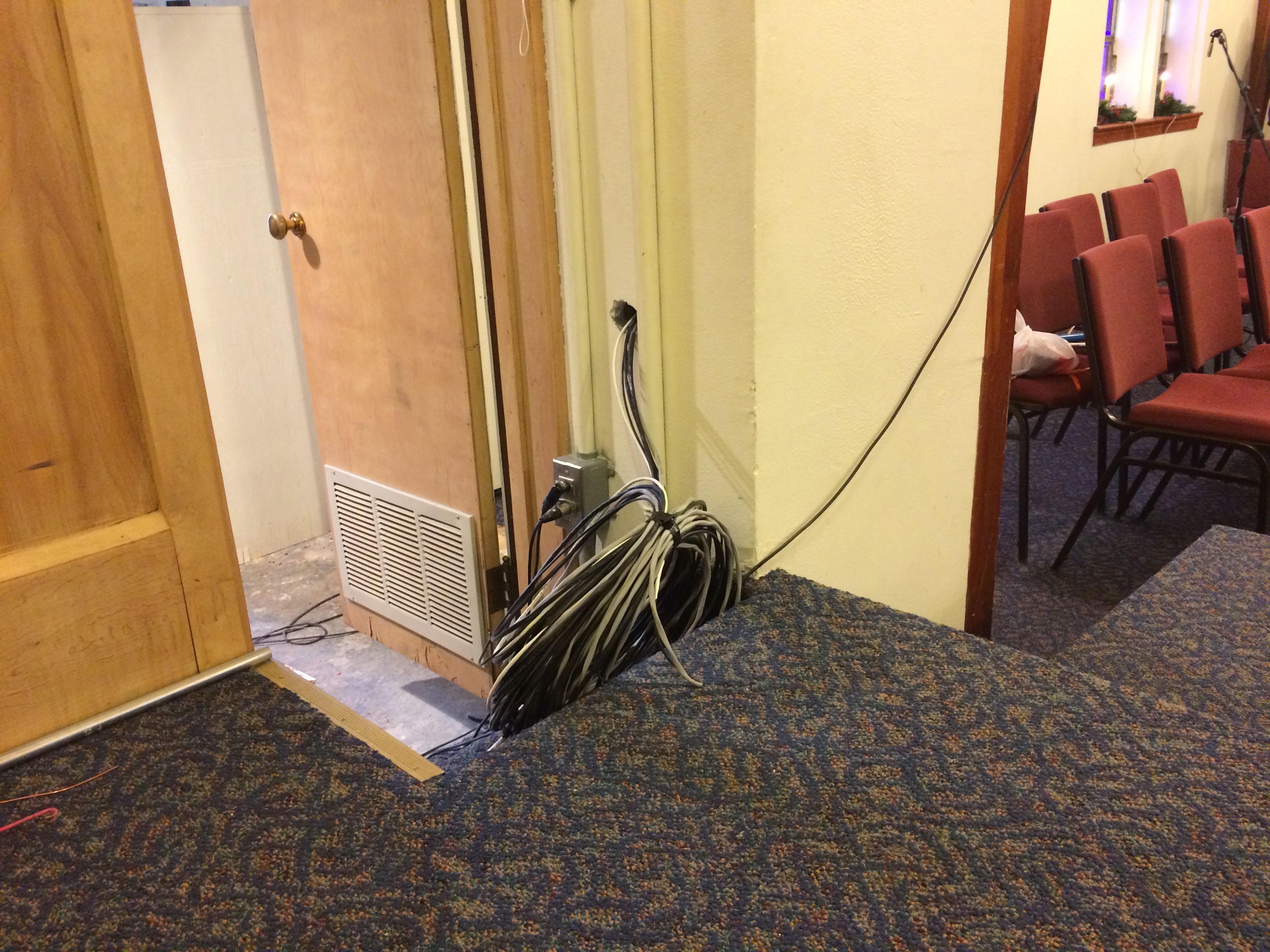 By mysterious routes known only to electricians, these cables lead from behind the front arch to the sound booth. 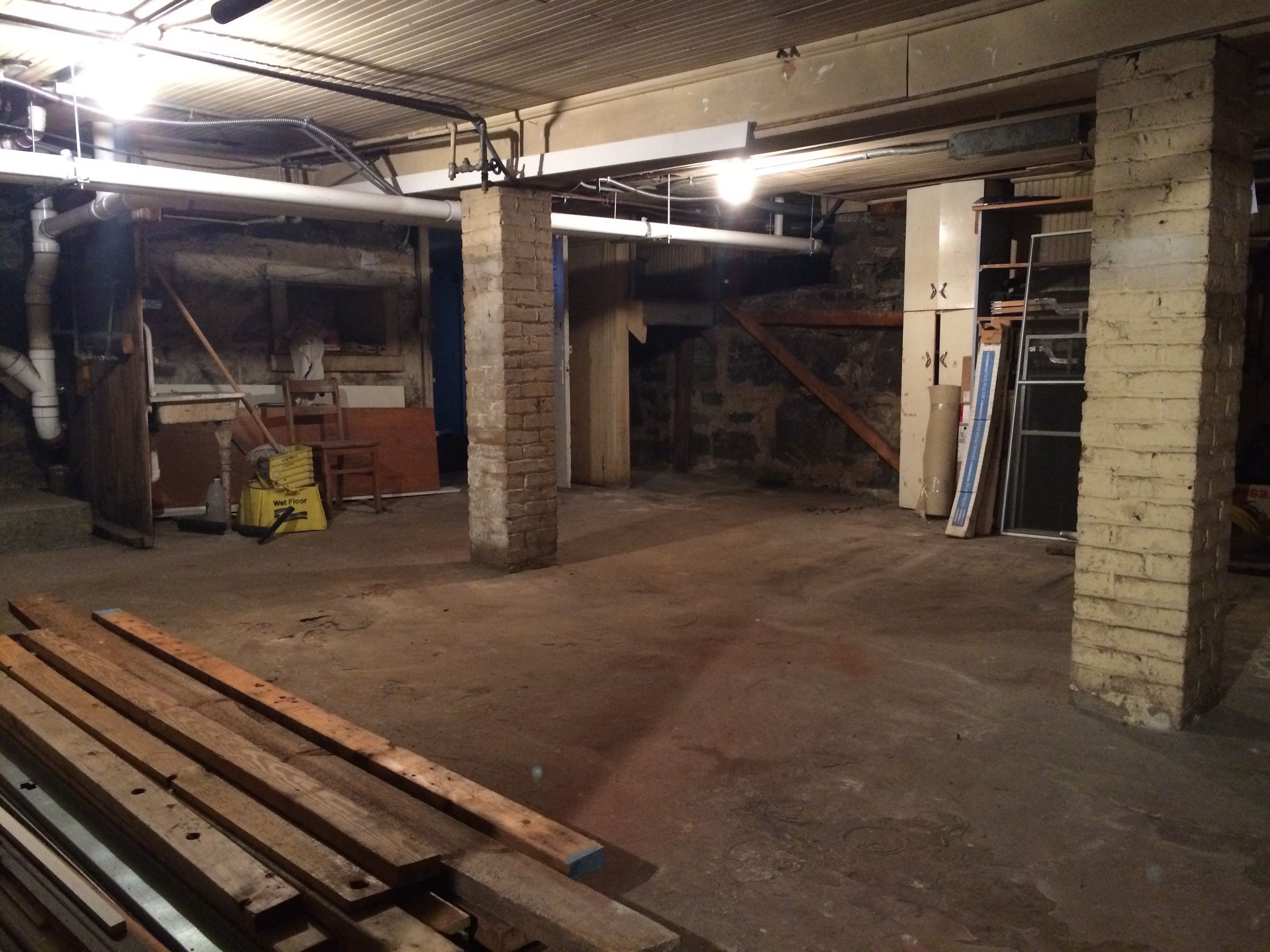 We could probably hold the next fellowship meal on the floor of the cleaned up furnace room. 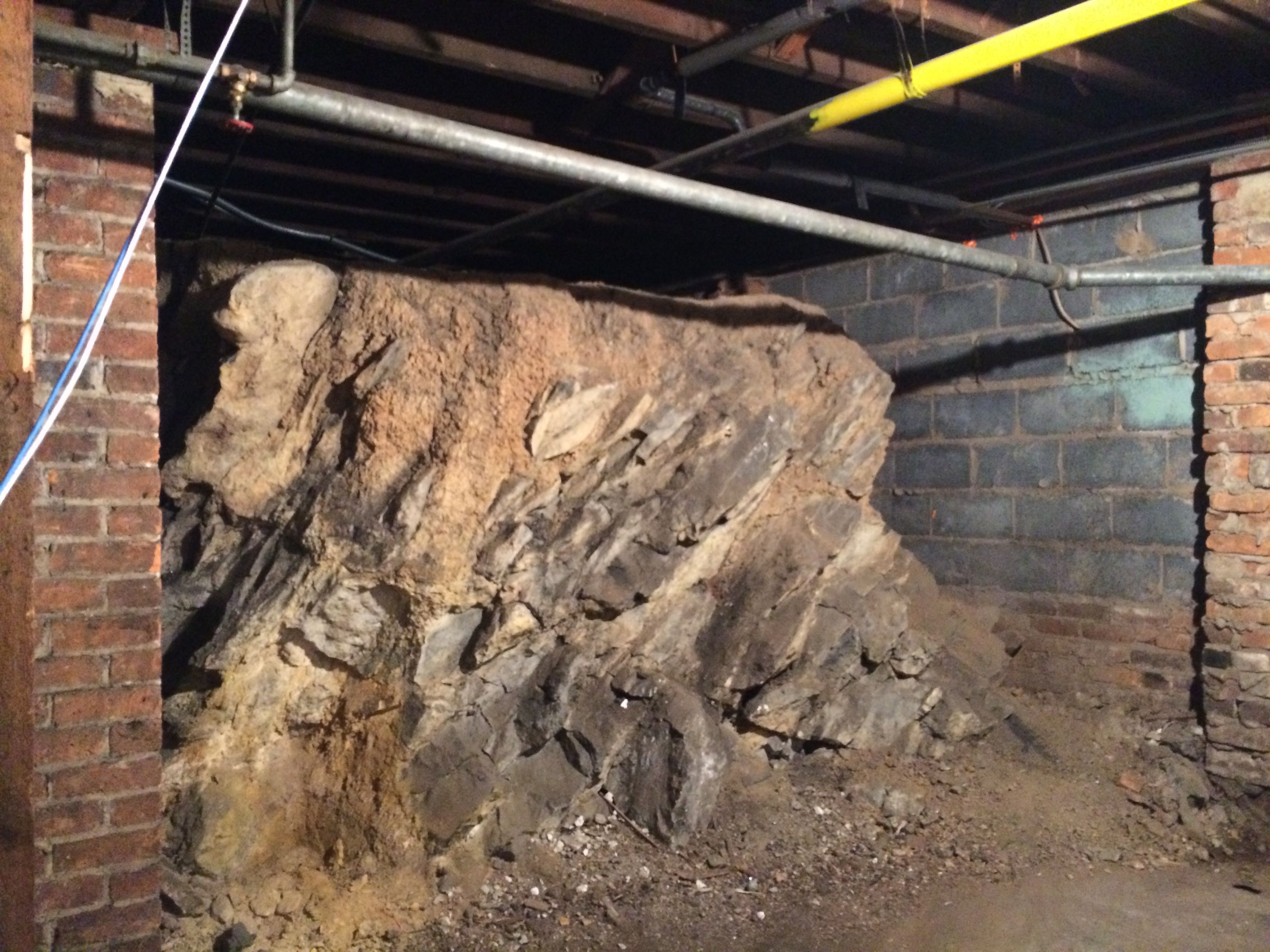 CMC: Built on the rock. In this specific case, this one in the furnace room.