If you squint, a building project calendar looks a little like an Advent calendar–something happens each day, and each day counts down to the end of the project/season. The anticipation builds! CMC gets two such countdowns this year, as the north hall/south entrance part of the project is supposed to end right about when Advent starts.

Anyway, sometimes you open the little window on the Advent calendar and it's something nice and all, but just not that exciting. Sometimes you get, like, a candlestick or a poorly rendered shepherd's crook, something like that, and the best that can be said is that at least it got you closer to Christmas.

All that's to say, there is no grand inspiring progress to report this week, and apparently even the analogies to use in the weekly update are hard to come by. One reason for this doldrum-ic week is that our contractor was on vacation this week, taking advantage of the last official days of summer.

But it's not like nothing happened, and the things that did happen are of course all in preparation for the next steps, and things are moving along as schedule. Here's the list:

As always, a few pictures. 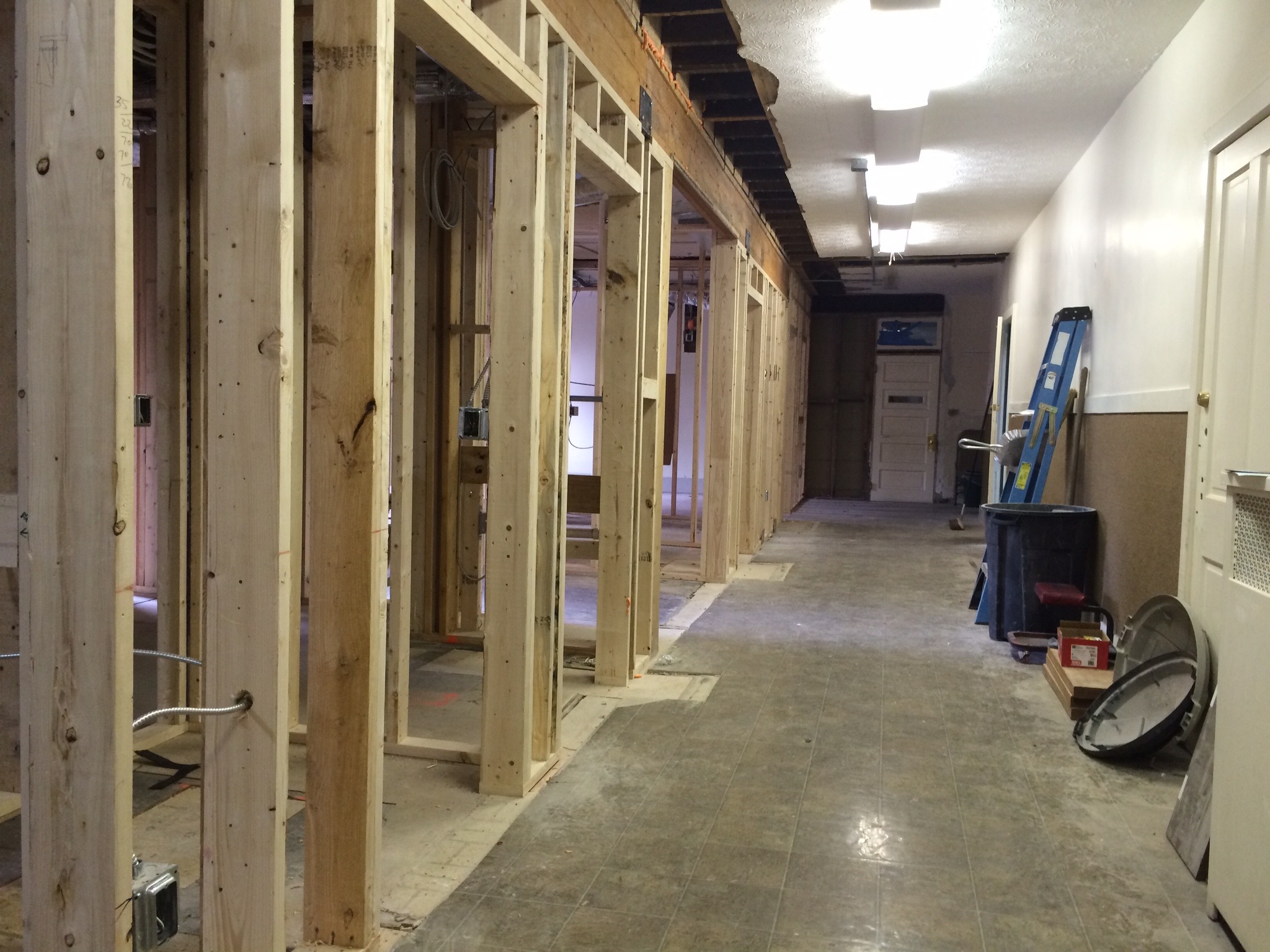 A good look at the new north hallway, if you imagine completed walls, doors, and a floor without waves. 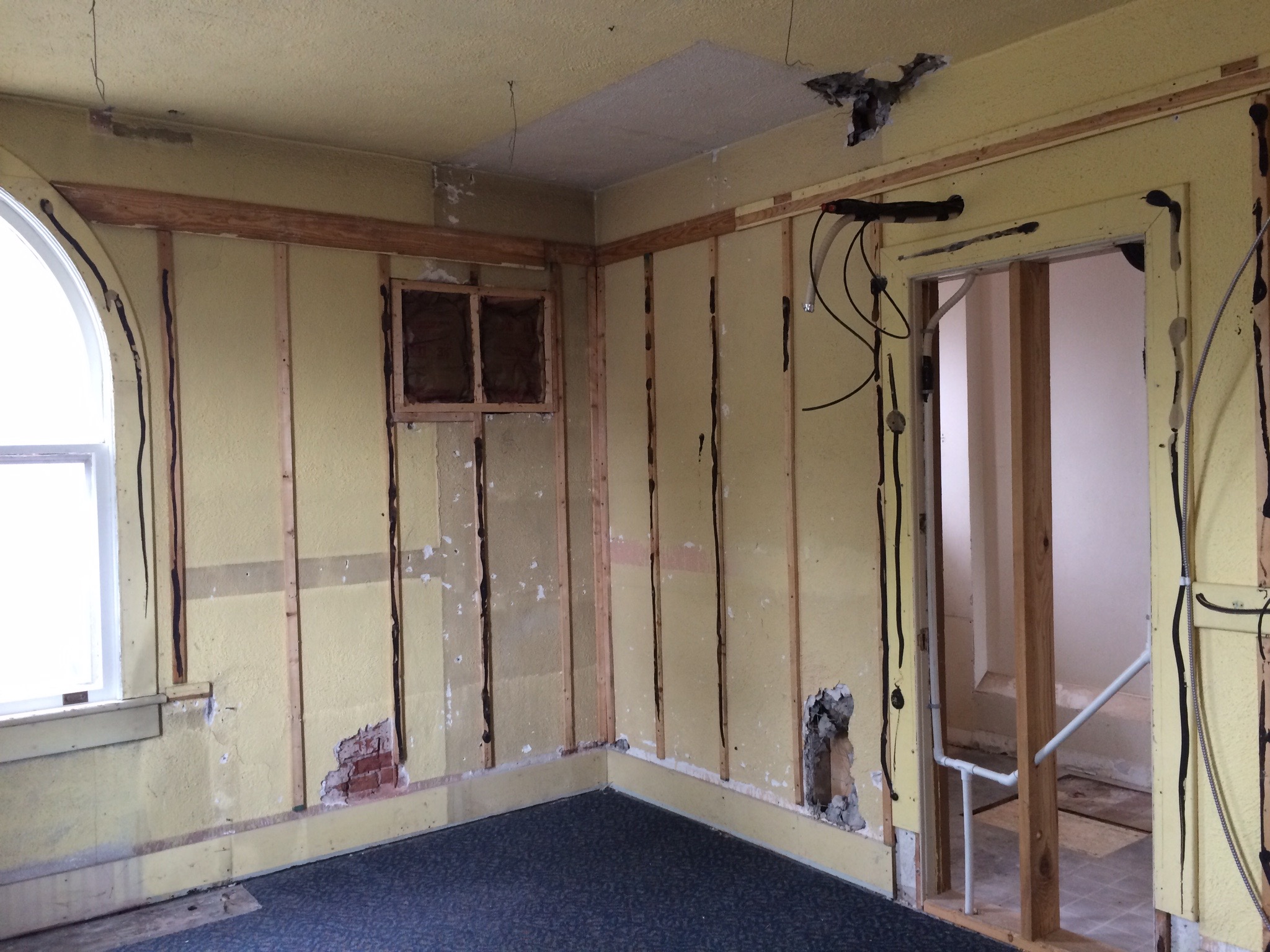 The walls of Pastor Jennifer's office, just about ready to drywall. 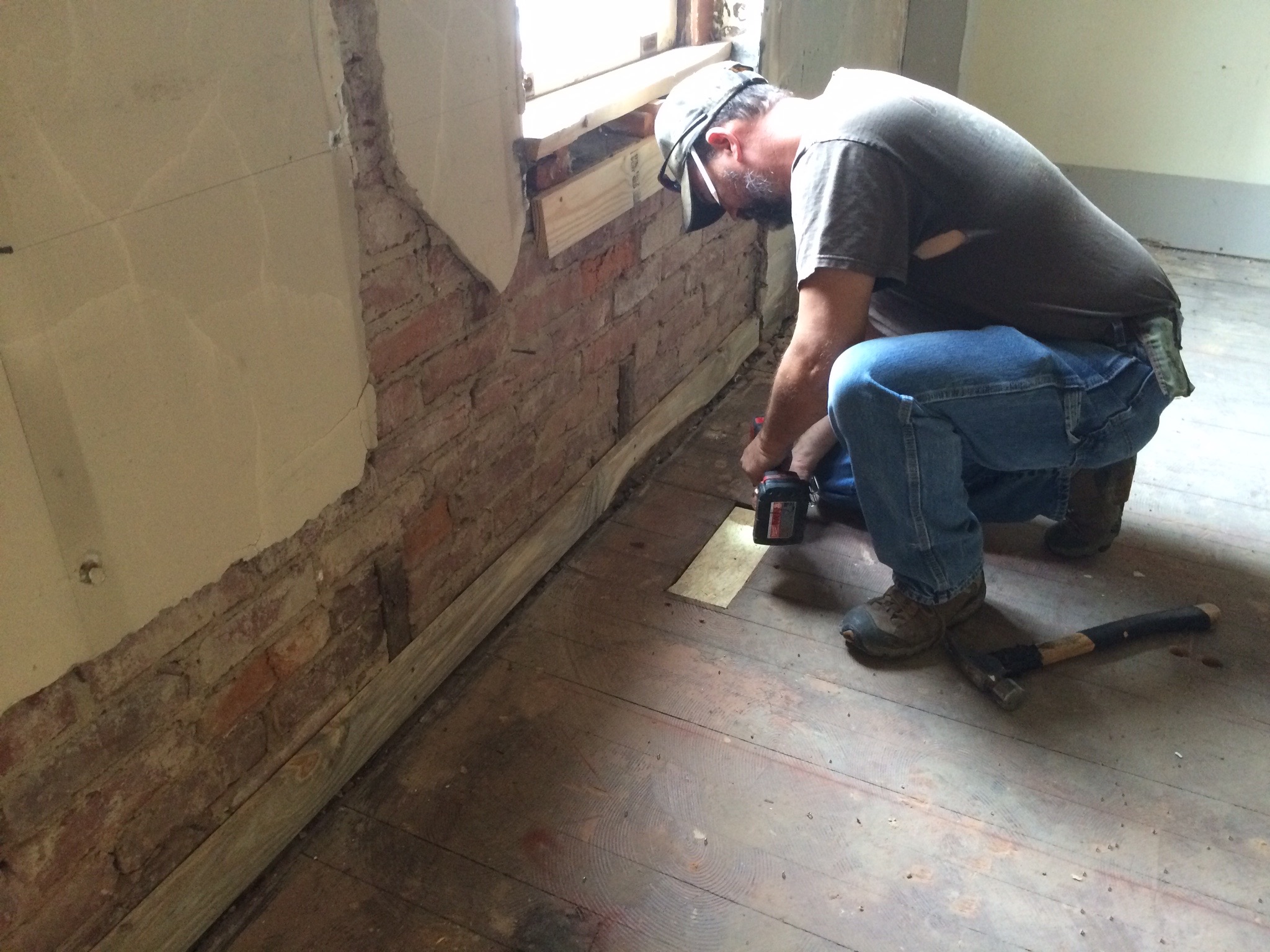 When you remove radiators, it leaves holes. Here, a carpenter repairs one such hole. Remember, we have old radiators available.