Some steps in this process are dramatic and easy to see. Others go in another direction, and happen inside the (new or old) walls, or invisibly lay the ground for the next big thing. This week brought more of the latter, but they're dramatic in their own way. What's more, because CMC included in our renovation plans a tithe to support projects other than our own, the work this week was not only in our building, but outside it. 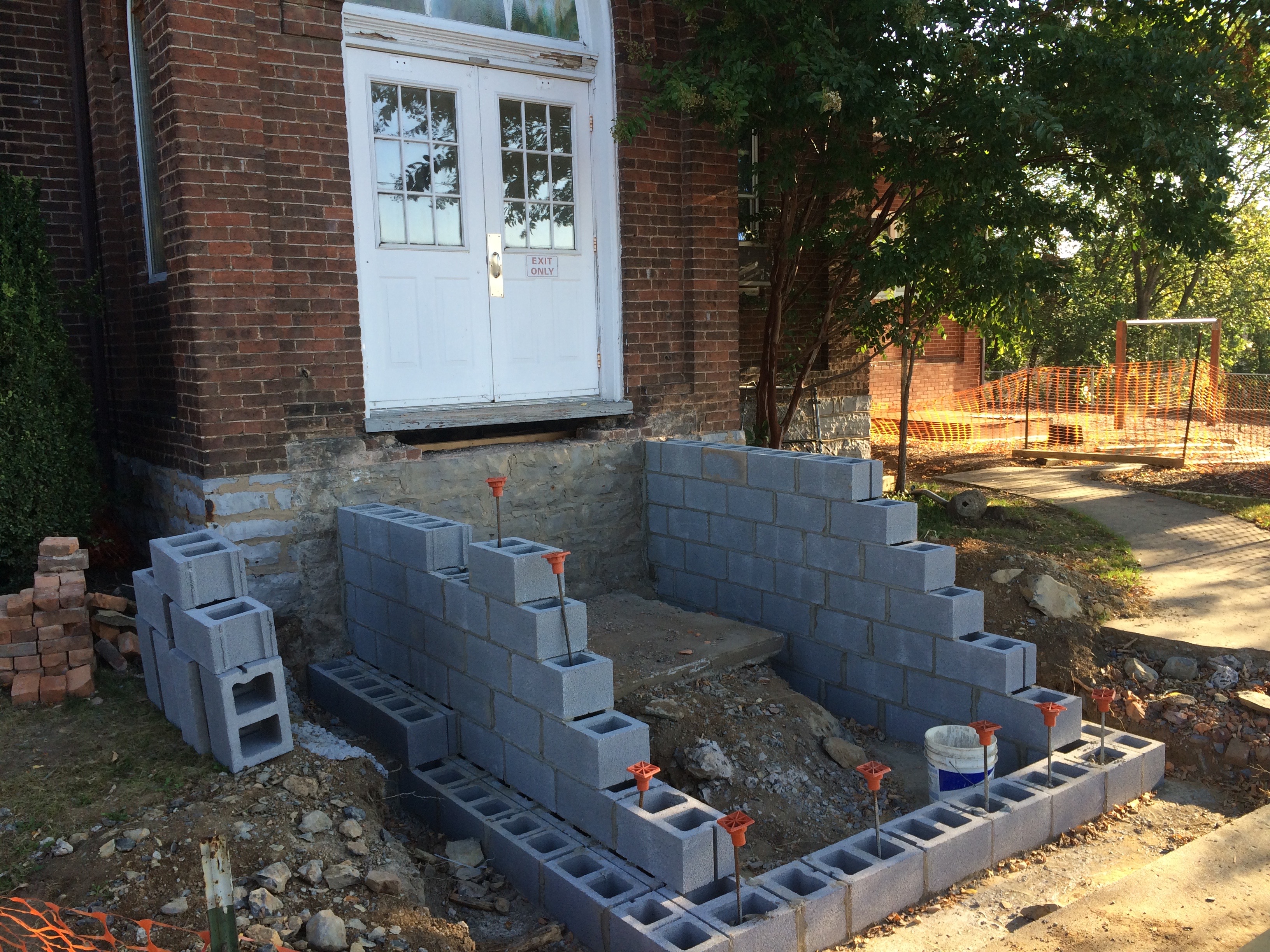 Work on the steps. The limestone leftovers Kirk found will match the limestone around the base on the entrance. For a while, we thought we might not be able to do that because of the additional cost. 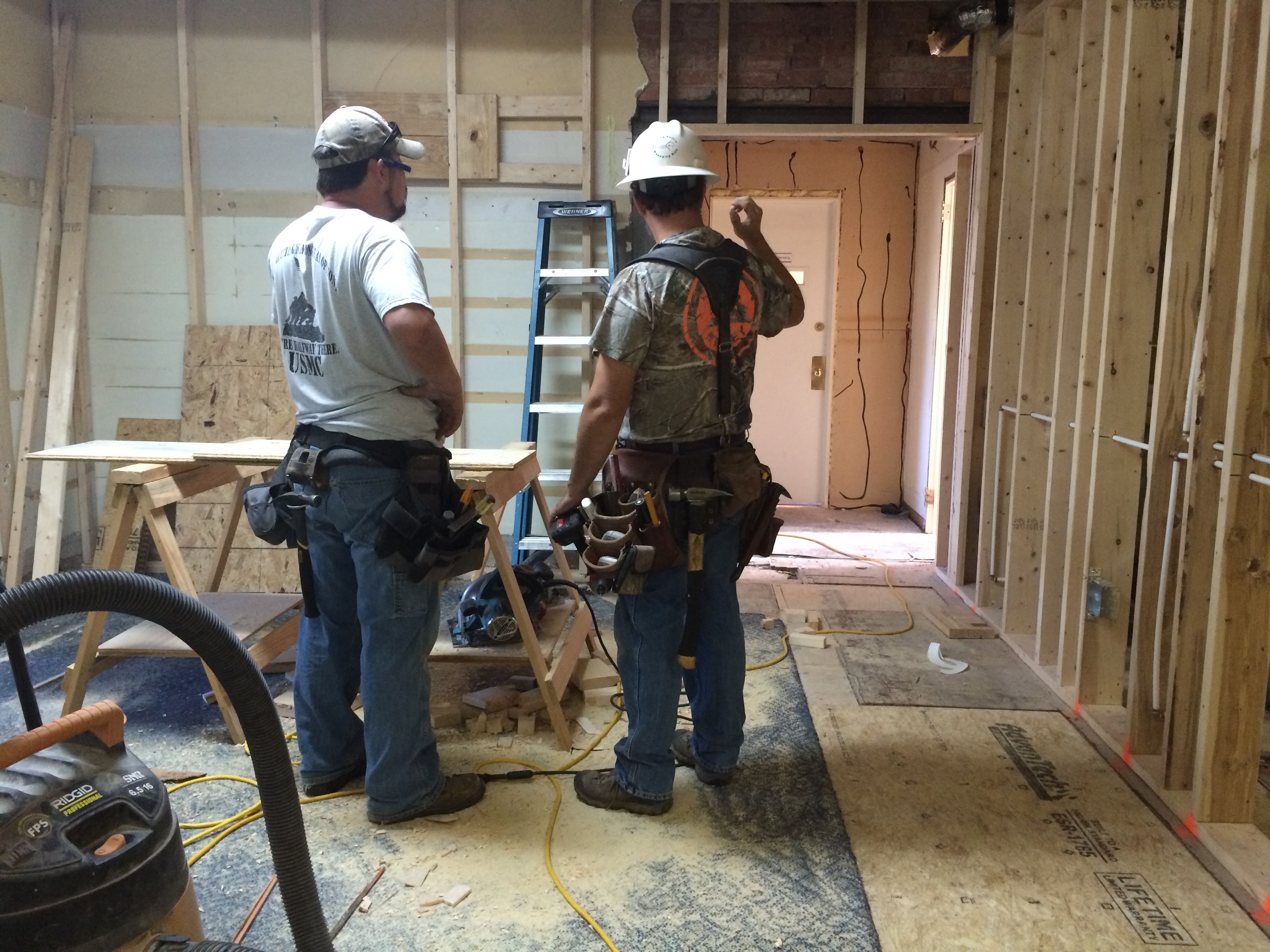 Crew from Jim Herr & Co. stand in the new version of the administrator's office, looking toward Pastor Jennifer's and Pastor Jason's offices. 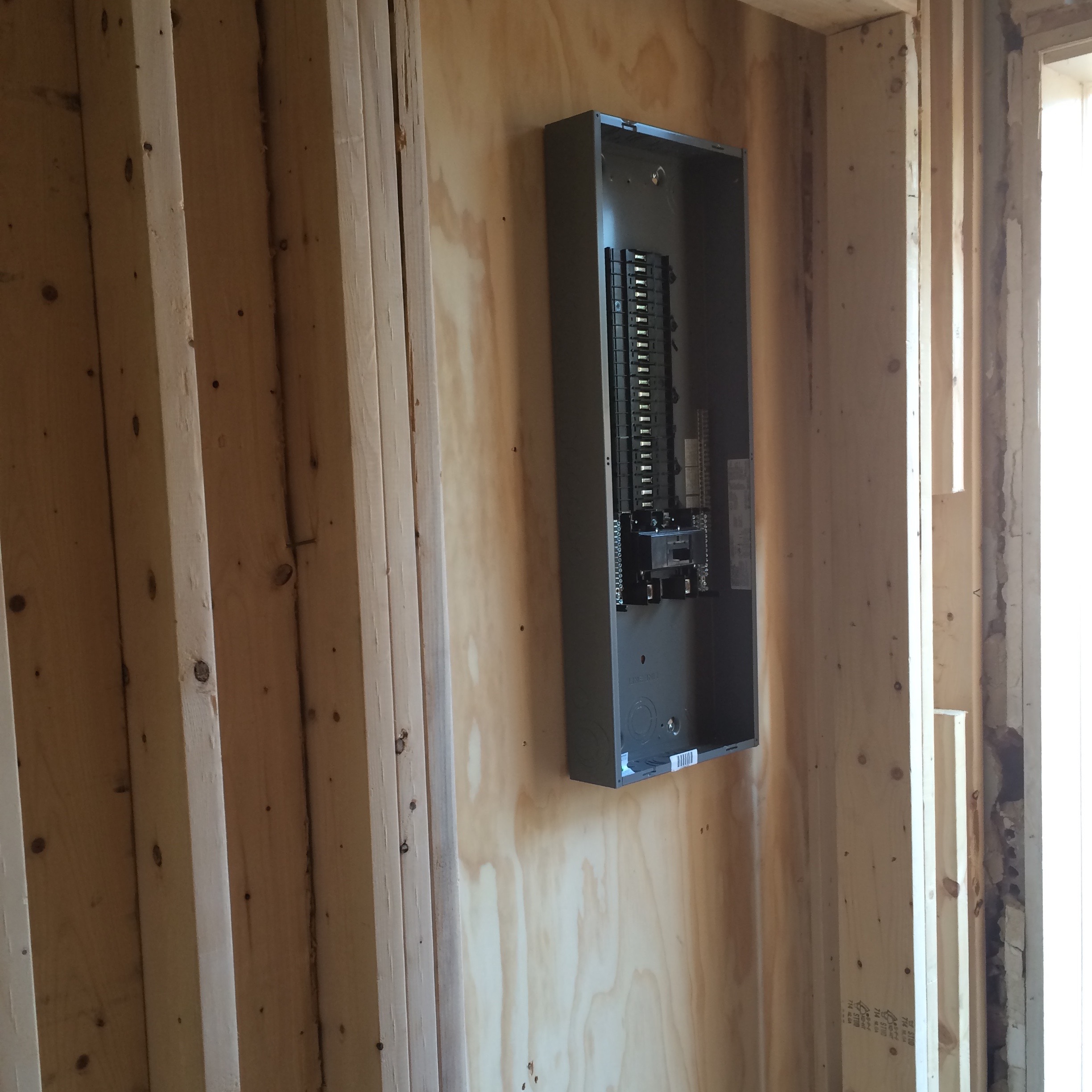 See, I said right up front that some of this was not dramatic to behold. (The awesome Jim Bishop photo collages, to my knowledge, have never included a picture like this.) This is a very necessary new electrical panel, and despite its humble appearance, you will thank it.