When carpet starts appearing on the floors, it's a sure sign that things are wrapping up–in that room, at least. Carpet did in fact get partially installed in the new church offices and nursery this week. Elsewhere: 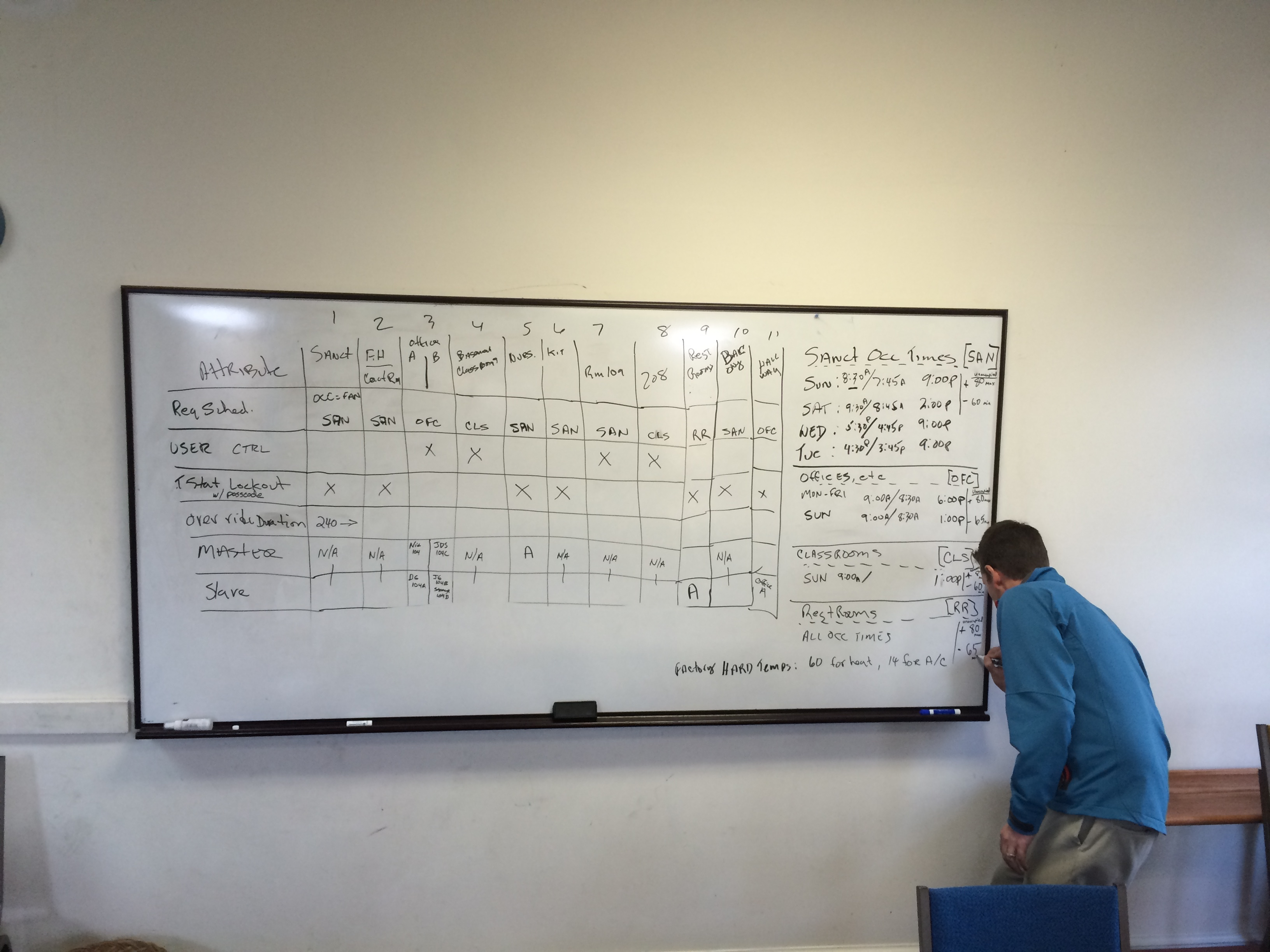 This is the work it took to plan the control lines and locations for the various HVAC units. 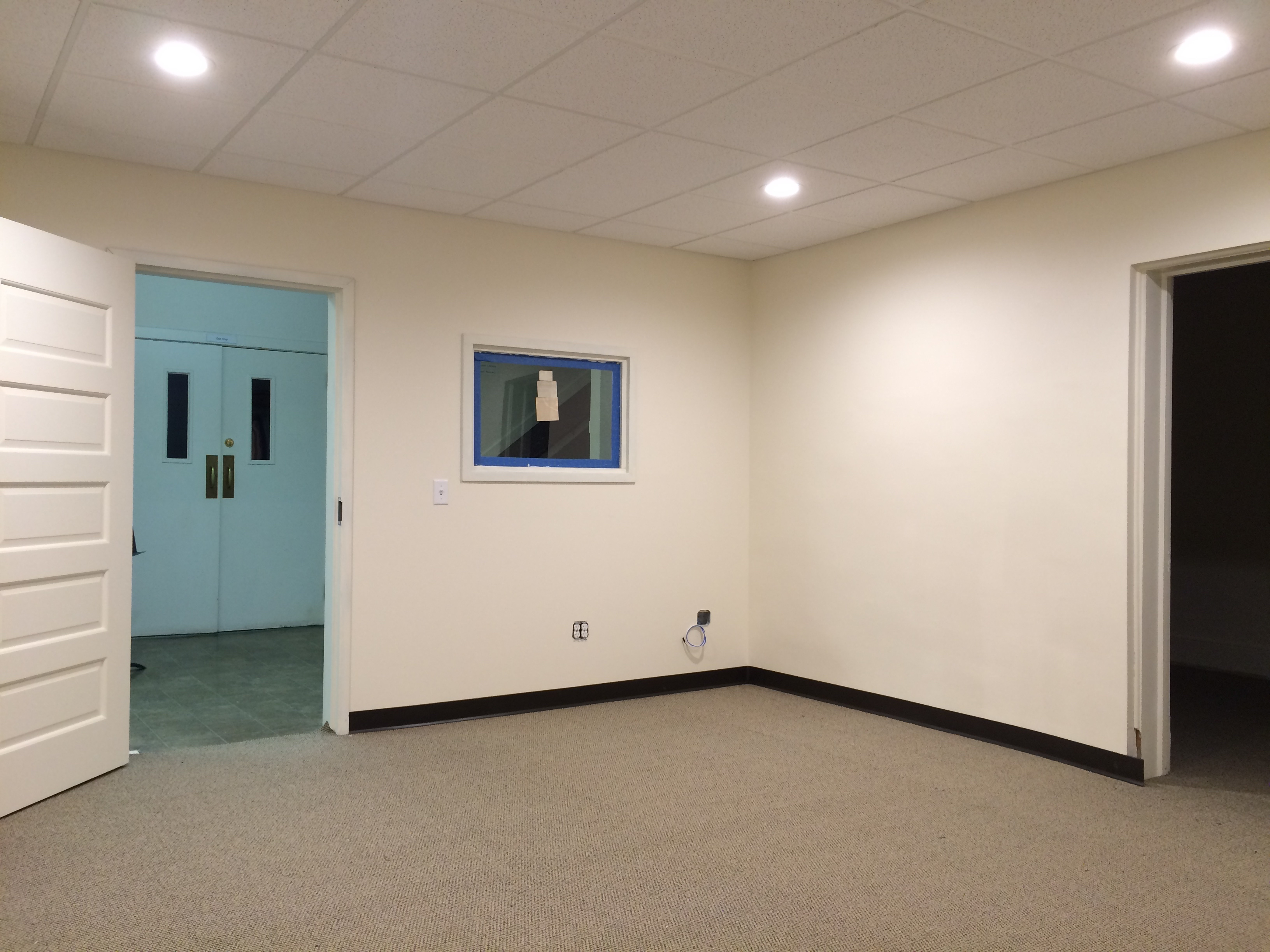 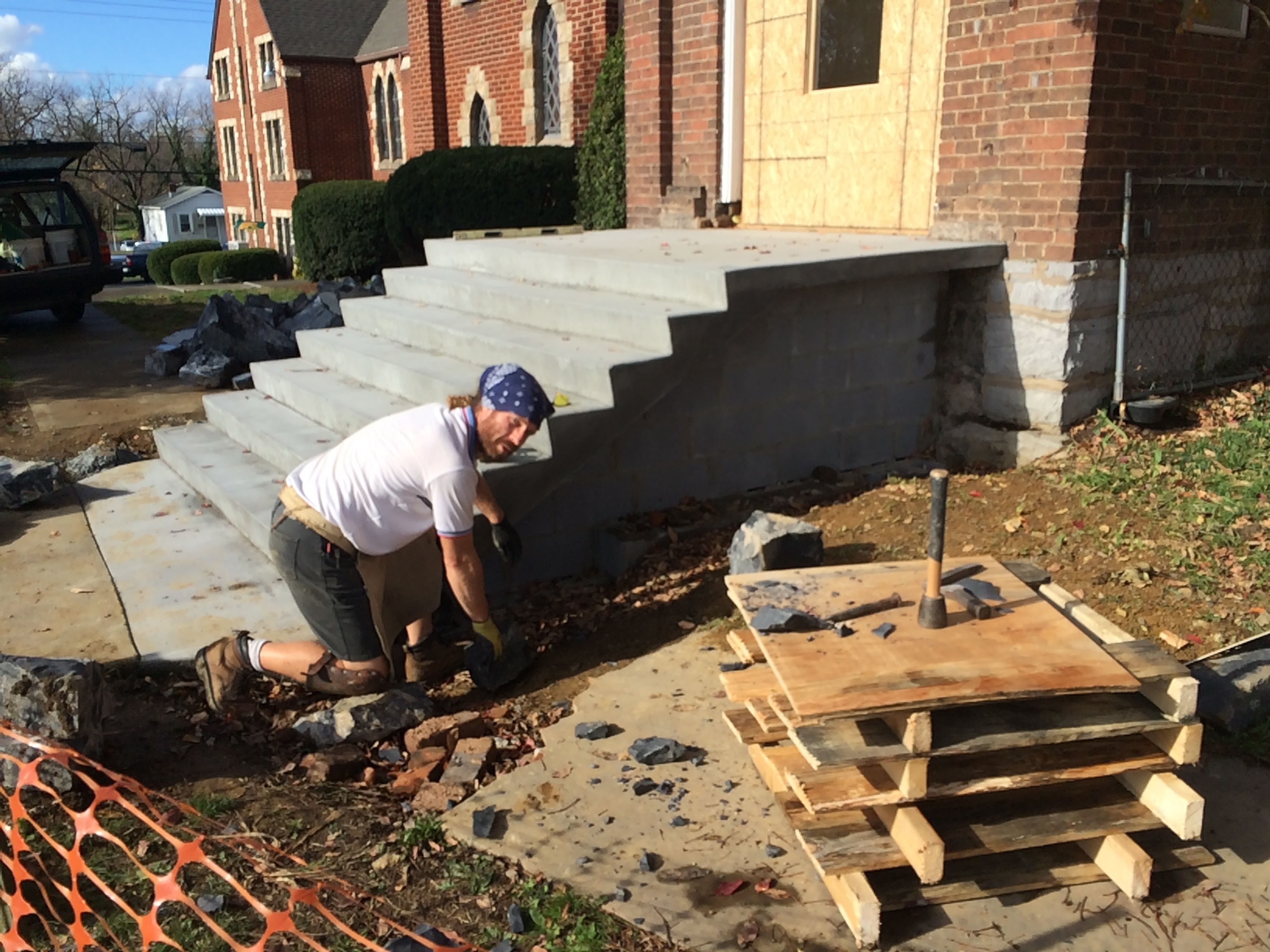 Kirk Shank-Zehr working on the limestone sides of the steps, which will match the lower courses of the building walls 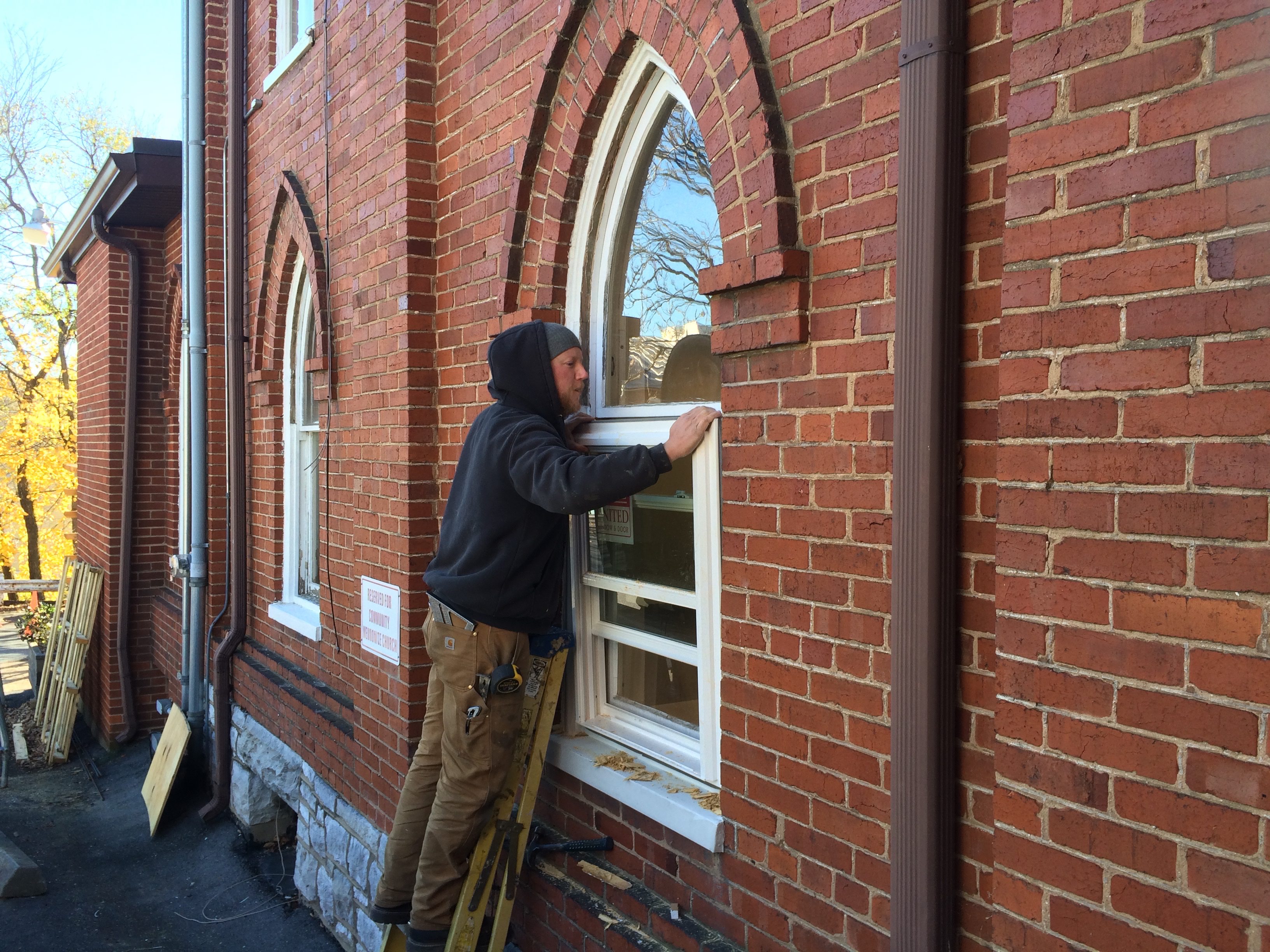 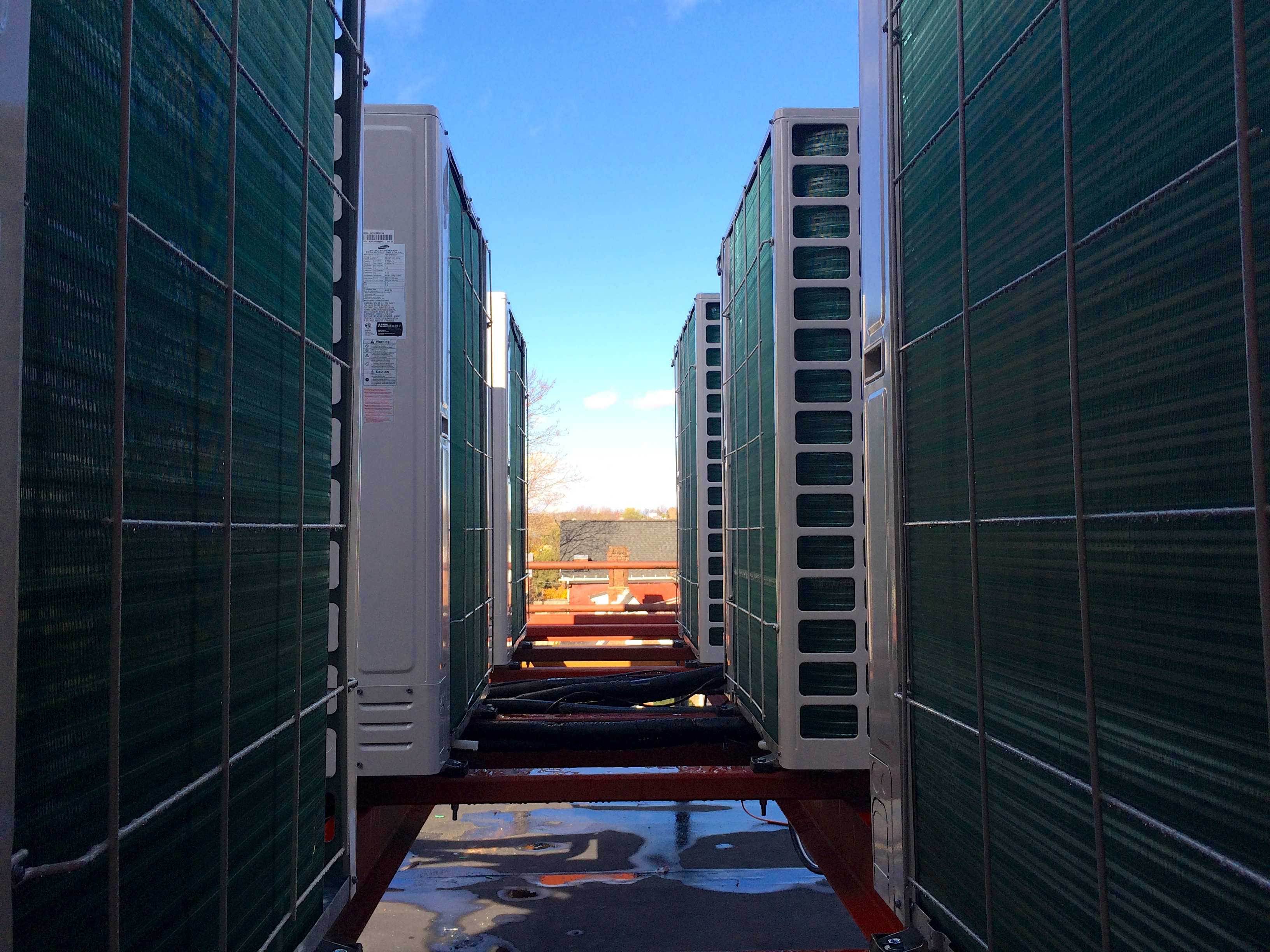 A row of city skyscrapers or six of the HVAC units on the roof platform?