The walls of the renovated rooms are nearly ready to paint–hopefully, with your help. That and other things that went on during the week of October 5-9:

And finally, a few pictures. 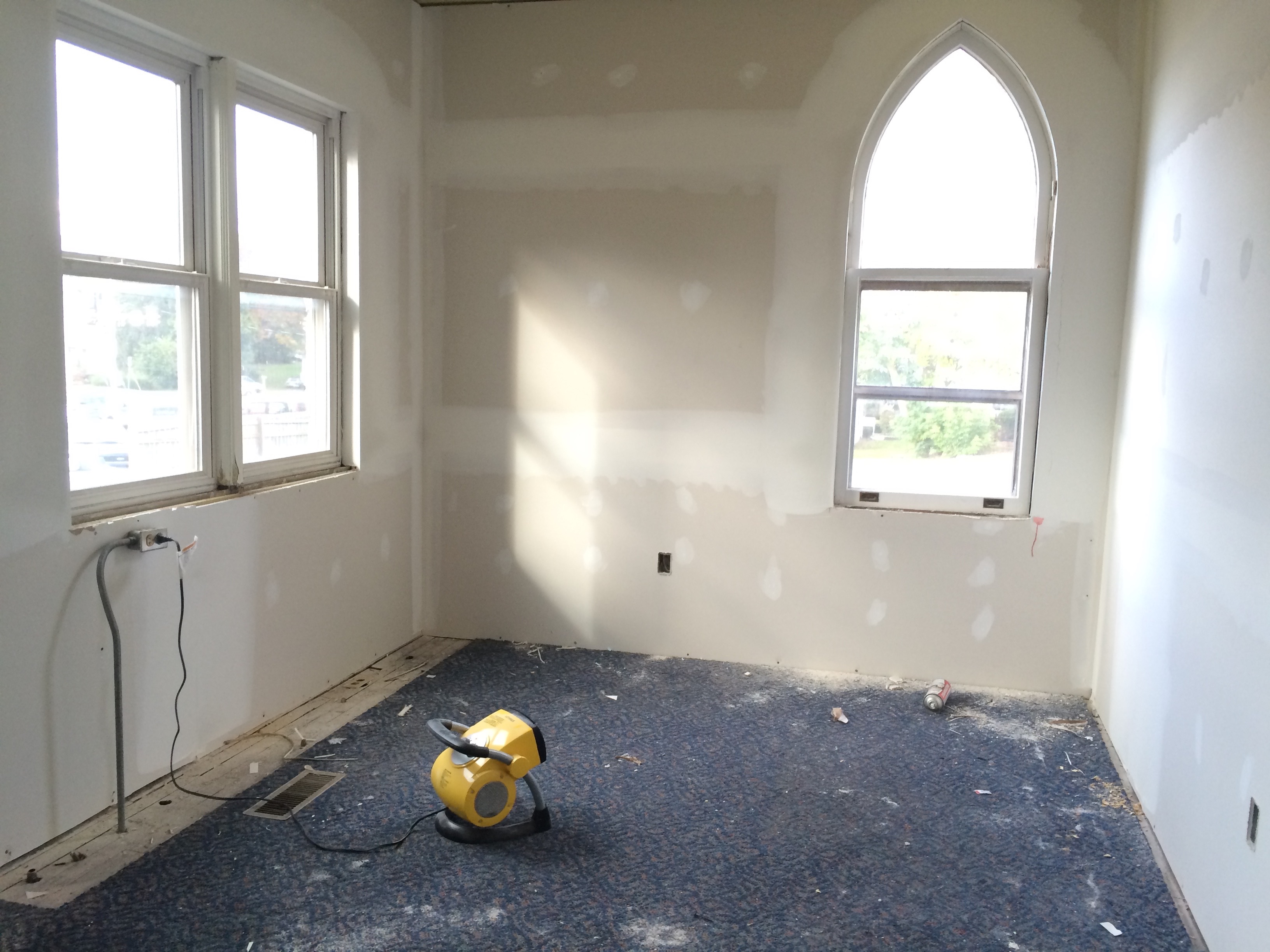 This is some of the drywall you should sign up to paint (in Pastor Jason's office). When they built cathedrals in the Middle Ages, the church offered indulgences for volunteer labor. Alas, we are in another age, but you will still feel much better about yourself if you do it. 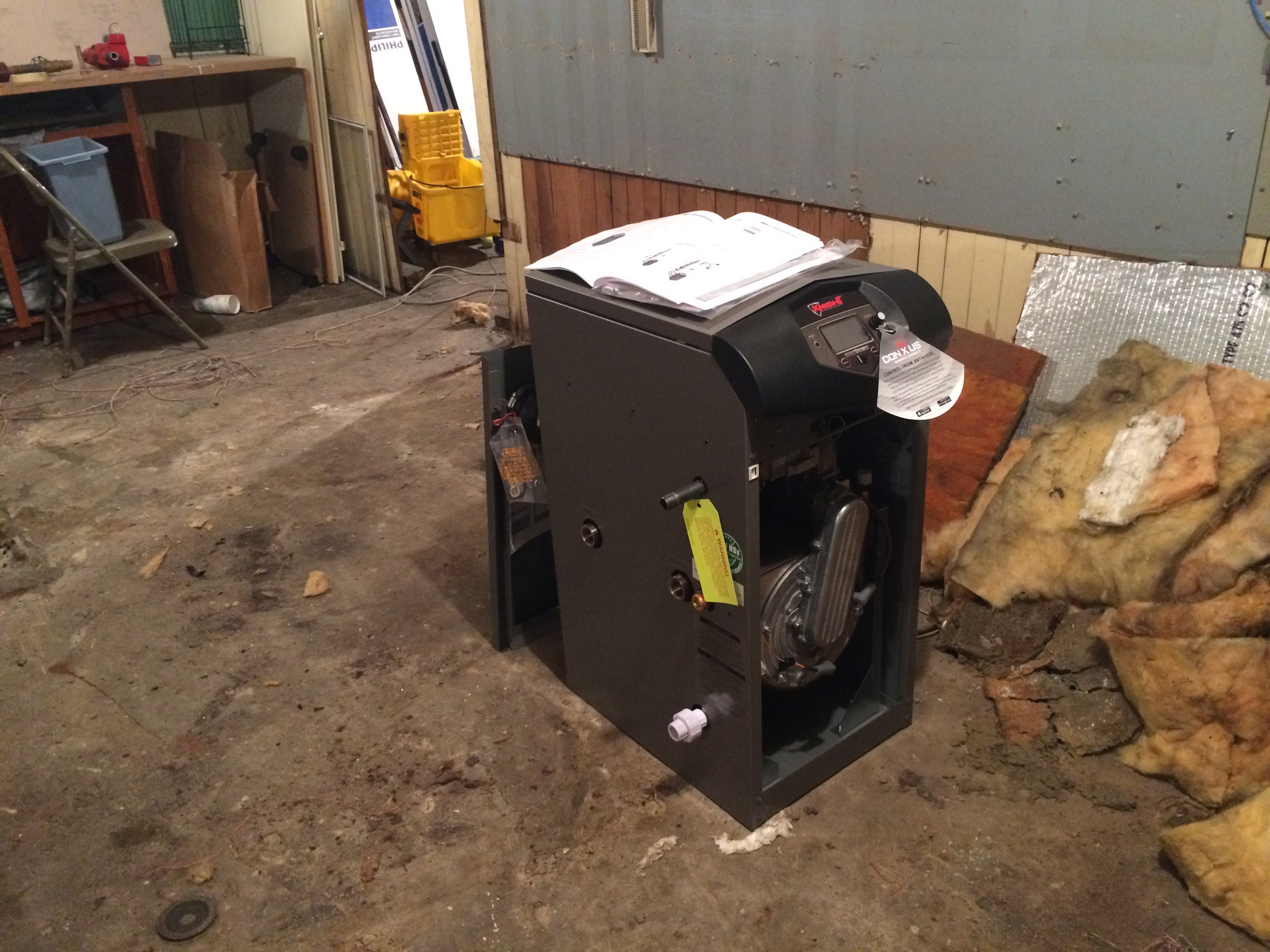 The new boiler, which replaces two giant piles of metal. 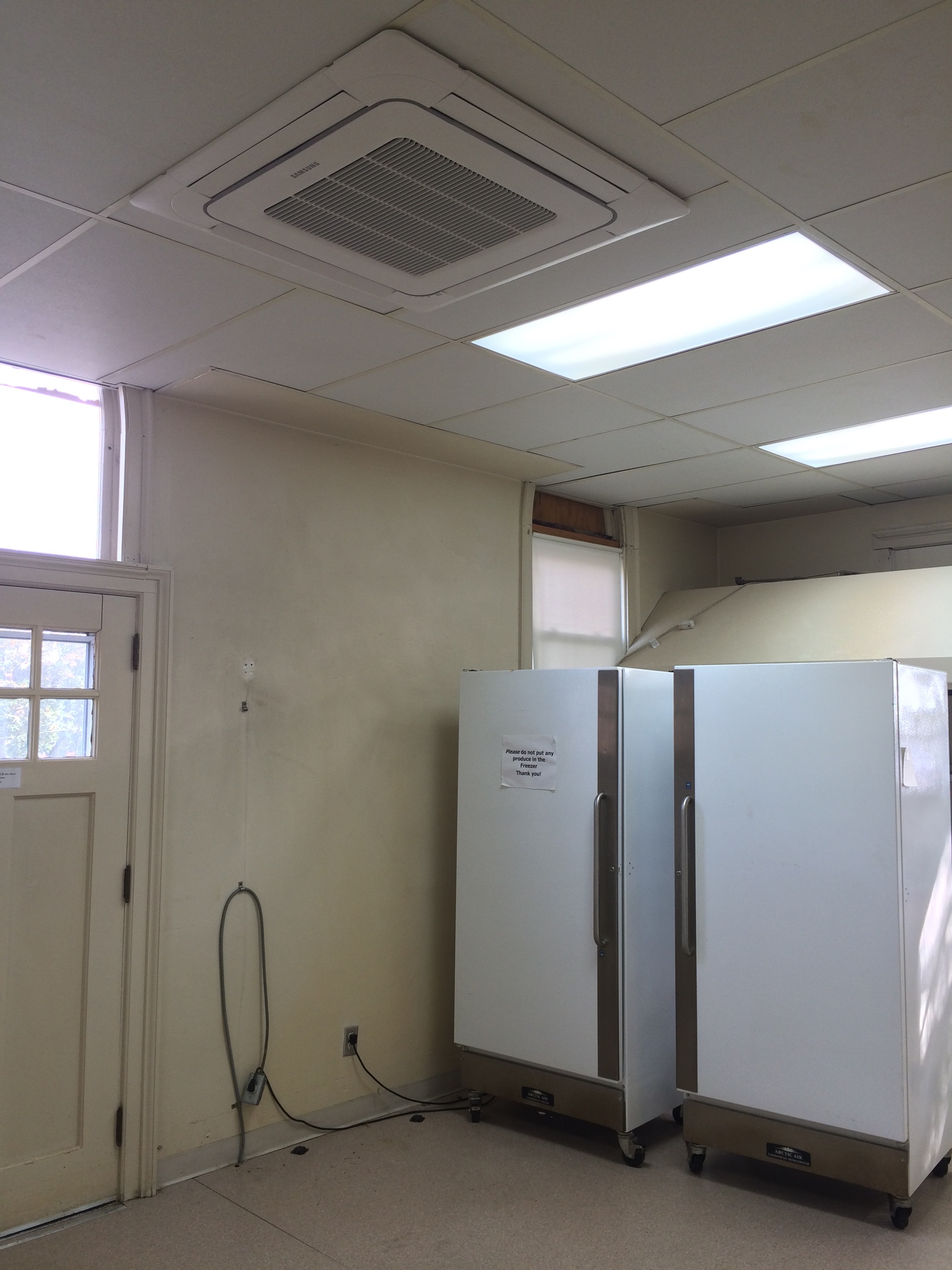