The news from the week before Christmas includes detail work and exploratory surgery on the old restroom areas, plus that last-minute gift that may save your Christmas morning. 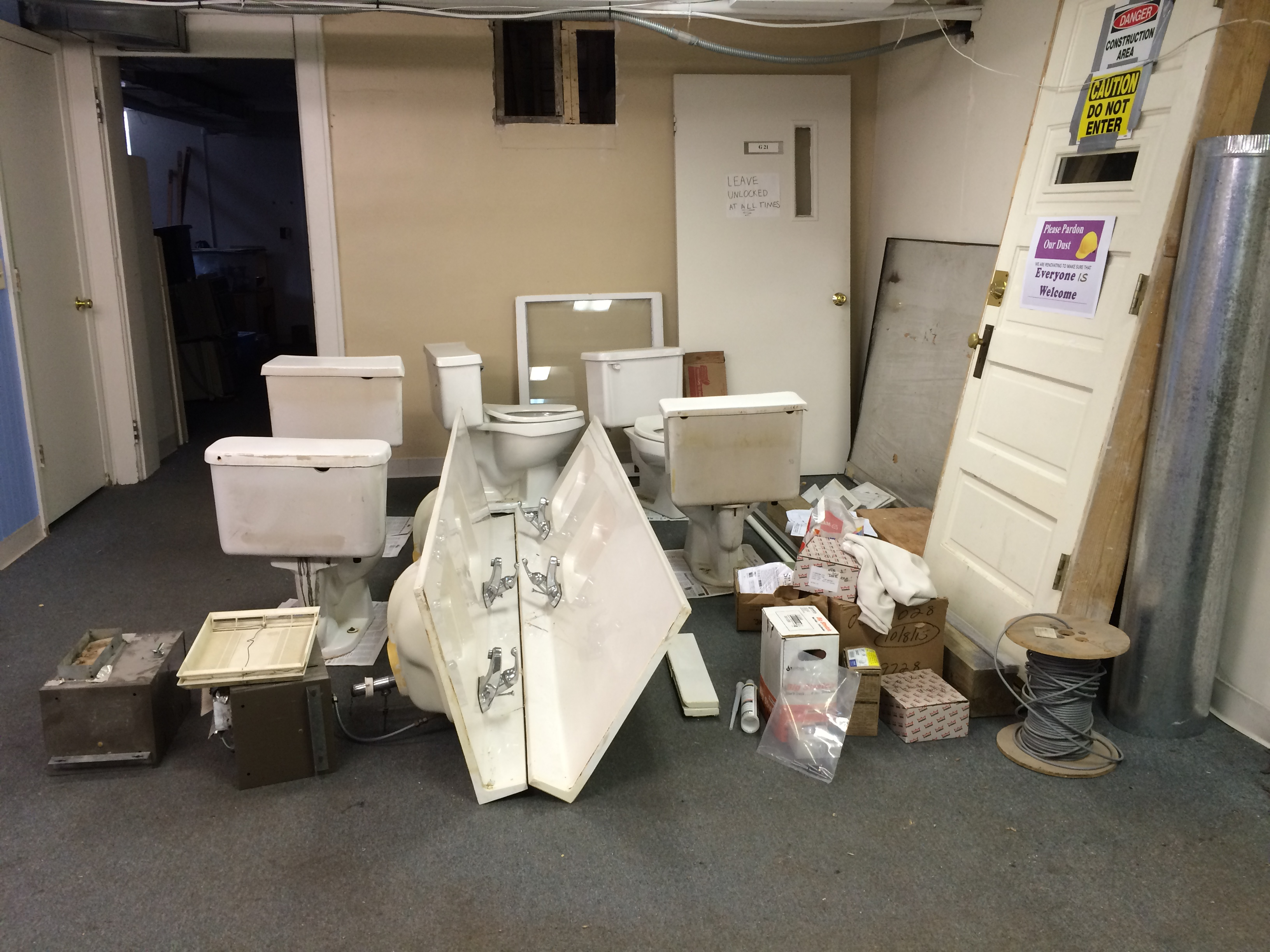 This is the CMC Gift Emporium mentioned above. It's obviously no Ten Thousand Villages, but take a look and take what you want. Please. 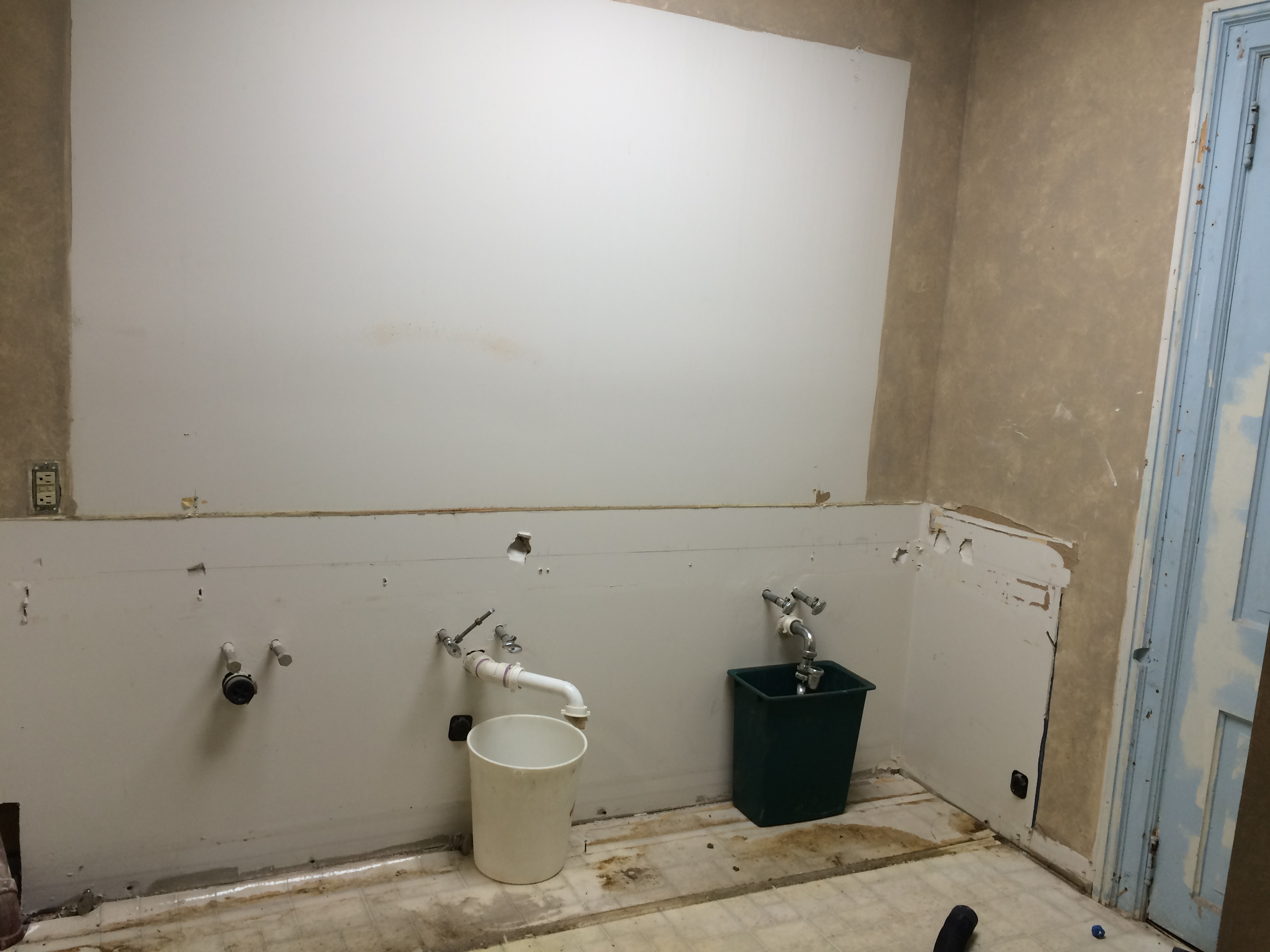 The old sink area in the old men's restroom. Note that the large mirror (not pictured) is available for your gift-giving purposes in the previously pictures pile of stuff. 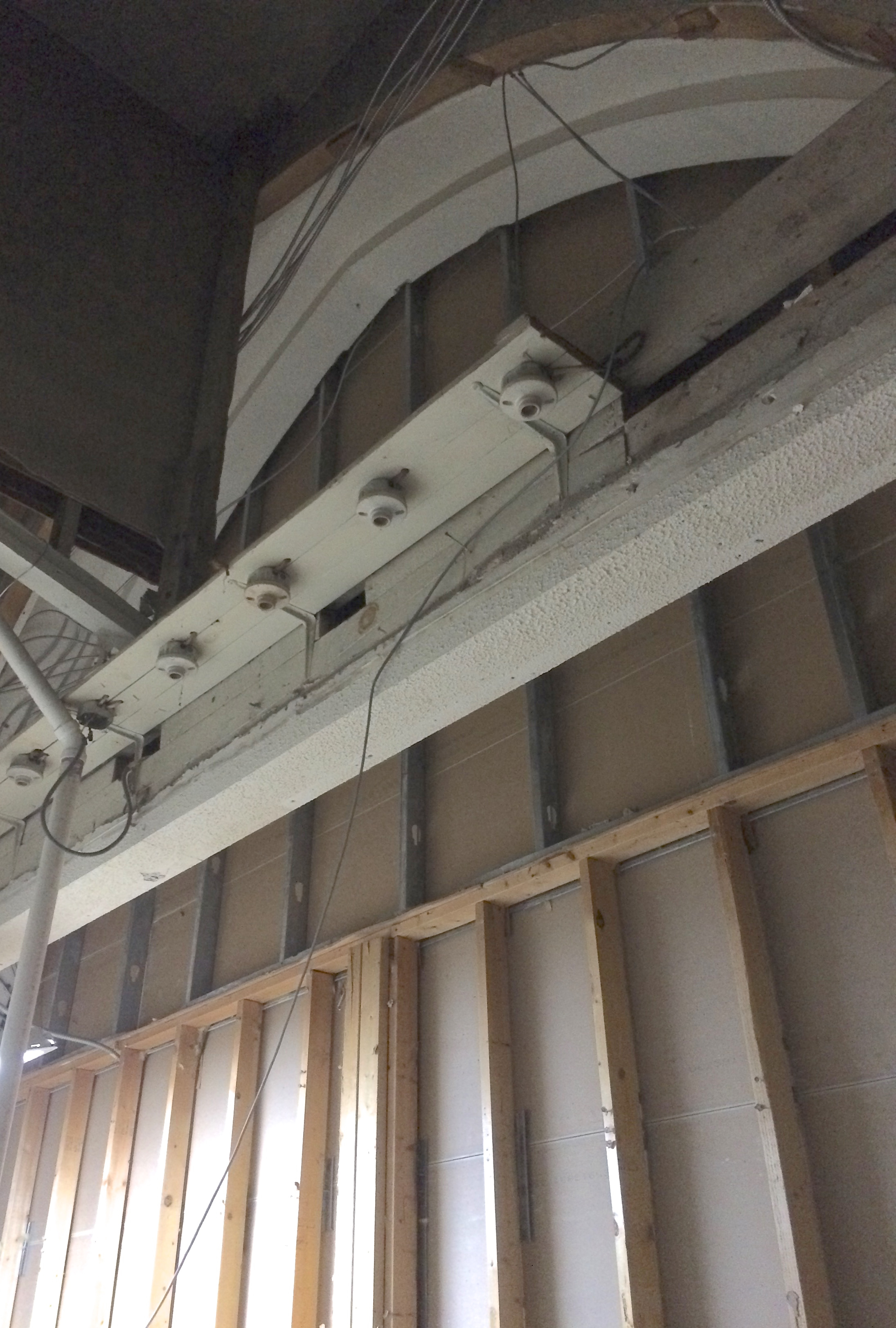 You can see the top of an arch here that was part of the chancel of the oldest part of the building, and also some elderly electrical components. 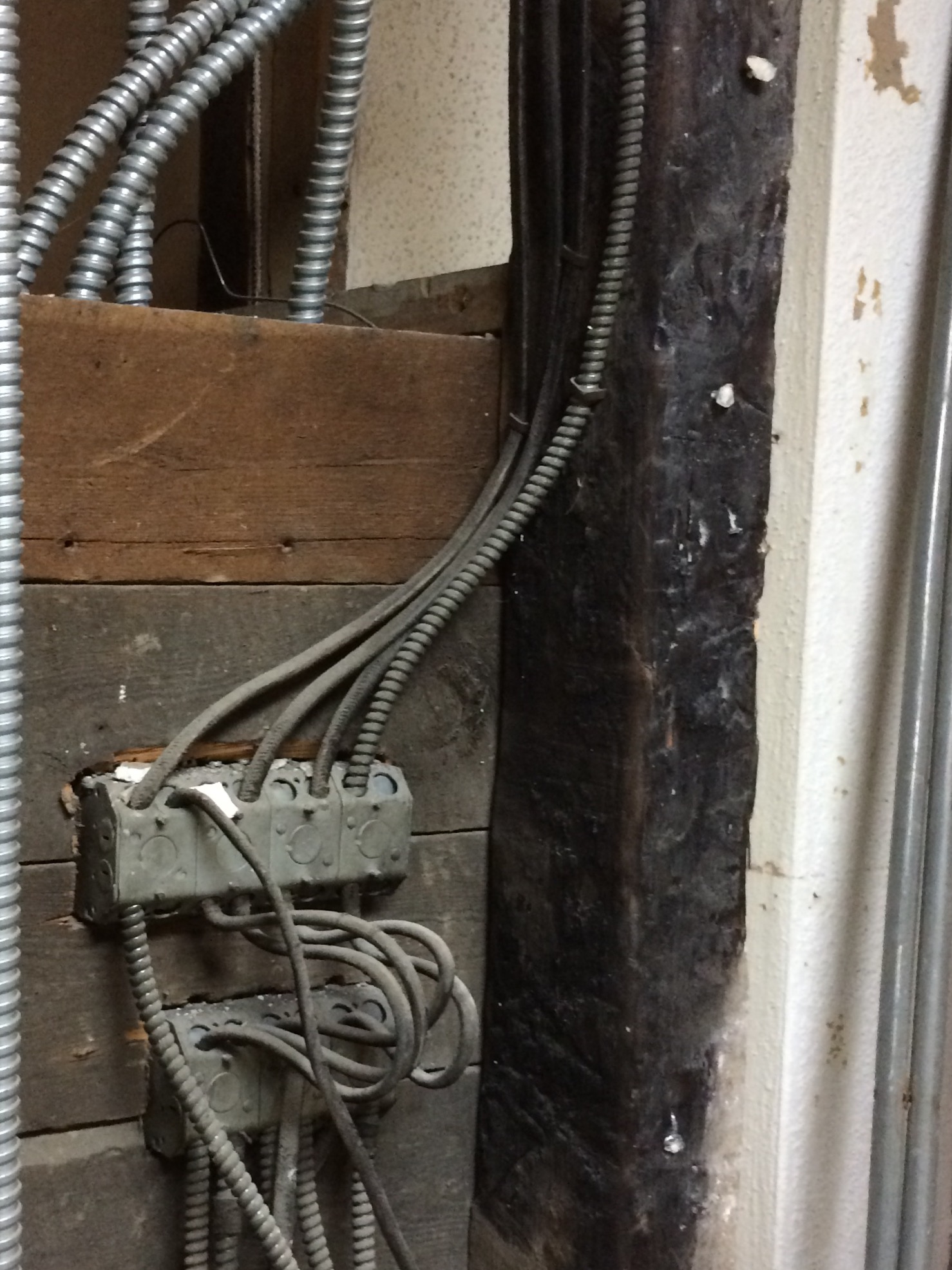 This charred beam presents several questions, such as "What in the world?", "When did it get that way?", and "What pirate ship did that come off of?"