If you were in church this morning, you know it sounded different: clear, crisper, and like you weren't working so hard at deciphering. They told us the new speaker would be good, but I had no idea it would be that good.

The speaker got there this week thanks to Olen Burkholder of Integrity Audio Systems and an assist from our contractor, Jim Herr. The projector is also there. The original plan was that the projector would be on a separate bracket to the right of the speaker, but a revision that involved a custom-made bracket designed on the spot by Johann Zimmerman, high-wire work by Jim to remove an ancient bracket at the peak of the vaulting and install the bracket, allowed the projector to go behind the speaker and making it much less obvious to the congregation. Look for the projector and screen to get a trial run in a service soon.

Also, this week the building committee continued to figure out what to do with the arch in the fellowship hall. See the next post for more on that.

Other news this week would probably lead the update in a slower week, but get the bullet-list treatment this time. That doesn't mean we're any less happy that: 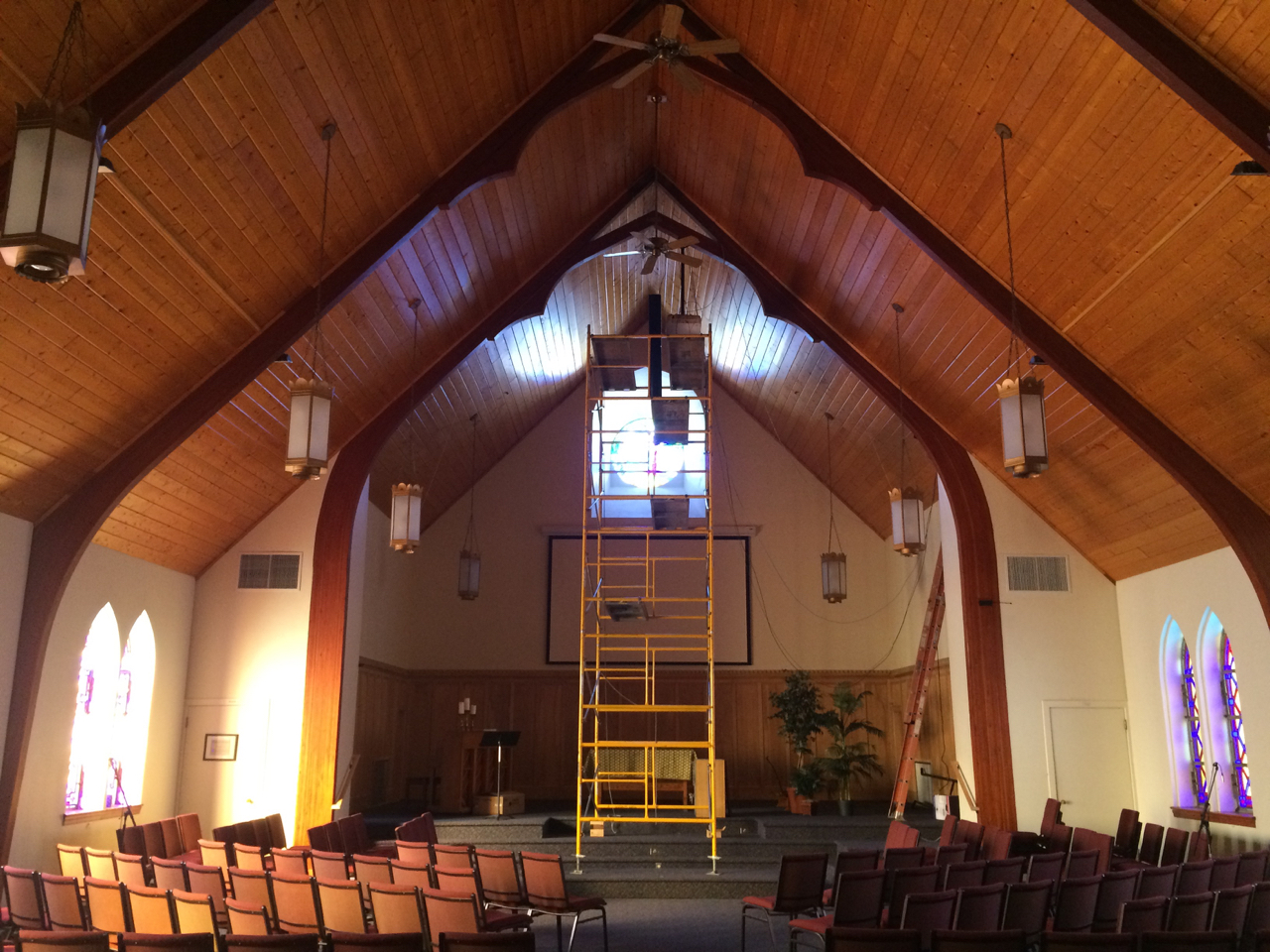 The scaffolding used to install the speaker and projector. Raise your hand if you would not go up that thing. 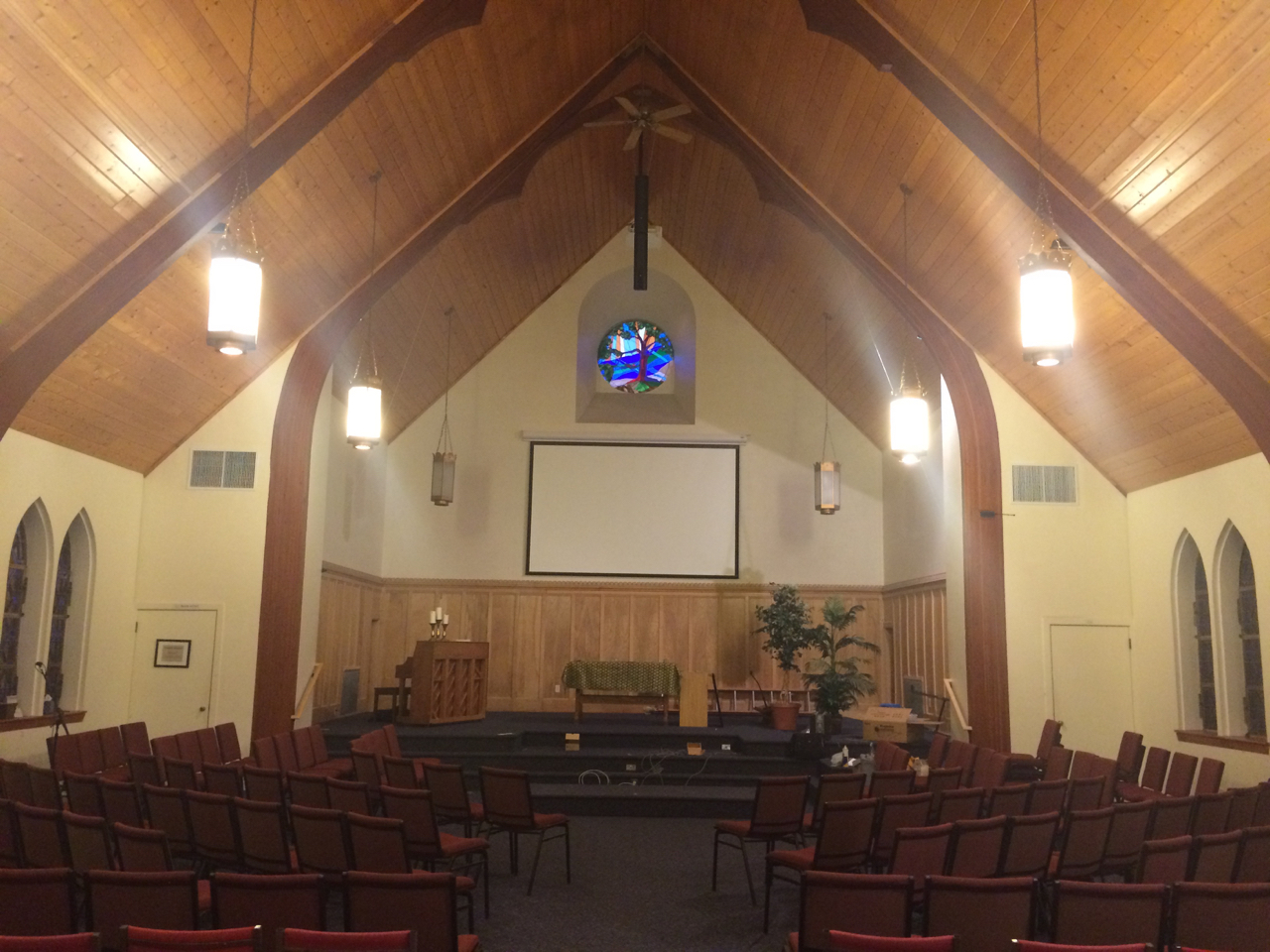 The speaker installed, with the projector hidden behind it (and the screen down). There must be some reason that every speaker in the world is black, but I don't know what it is nor why. 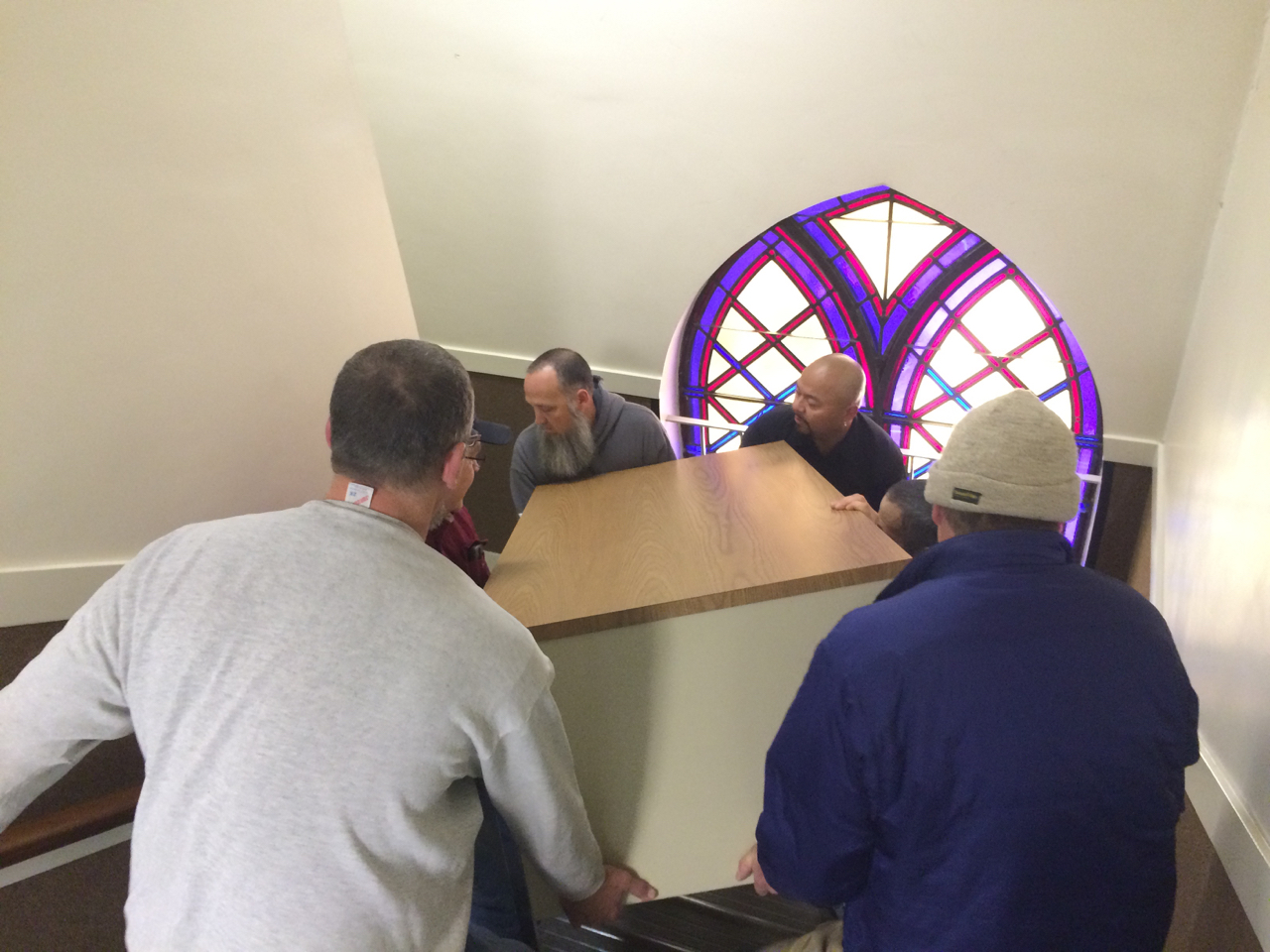 The Donut Men moving a desk.

Nitsuh at her desk in the renovated church office. 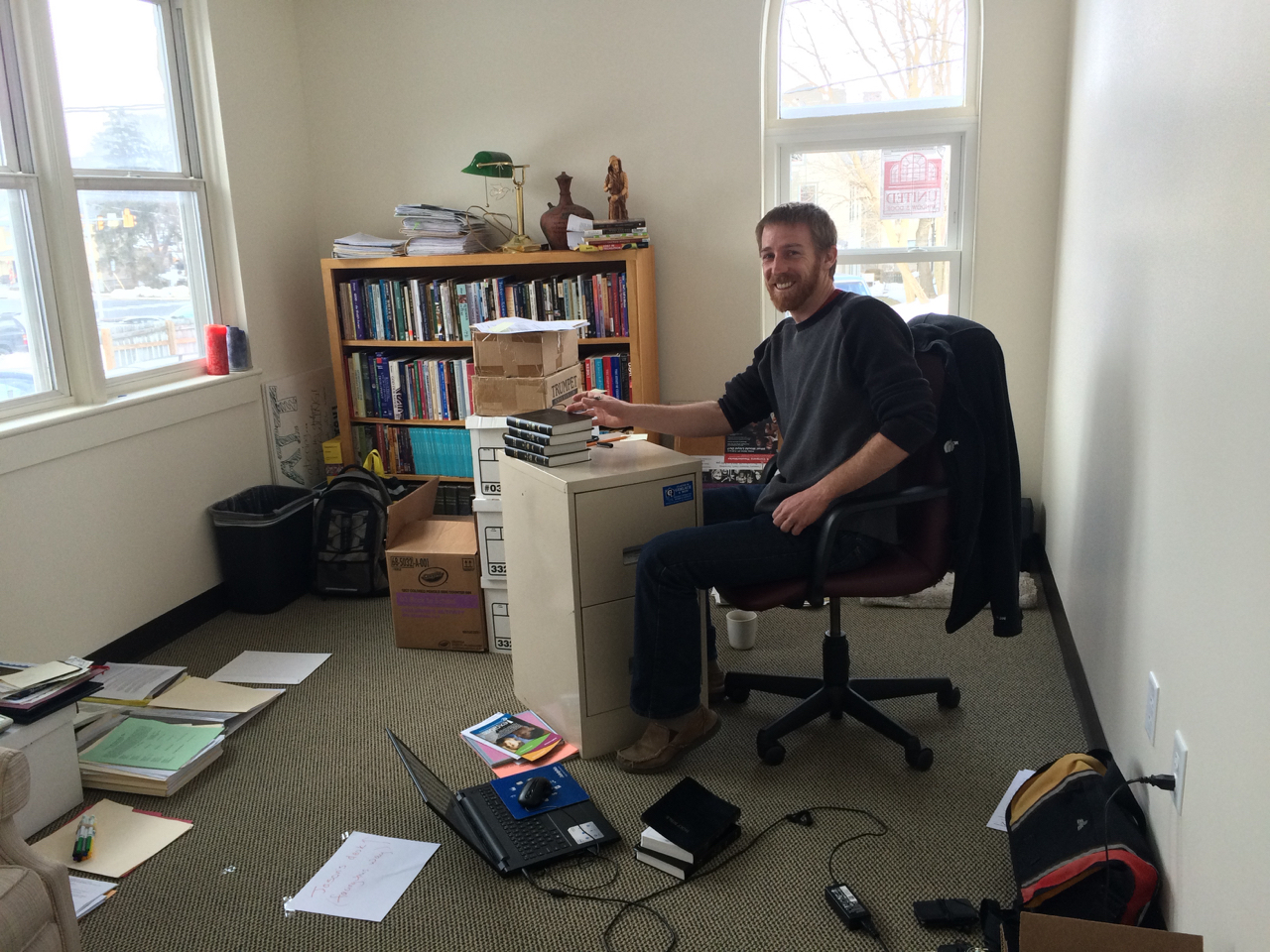 Pastor Jason has already trashed the place, and seems to be in need of a desk, but the situation is theoretically temporary.