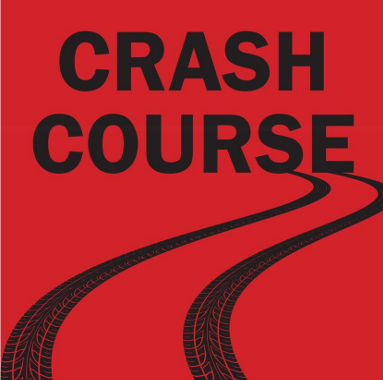 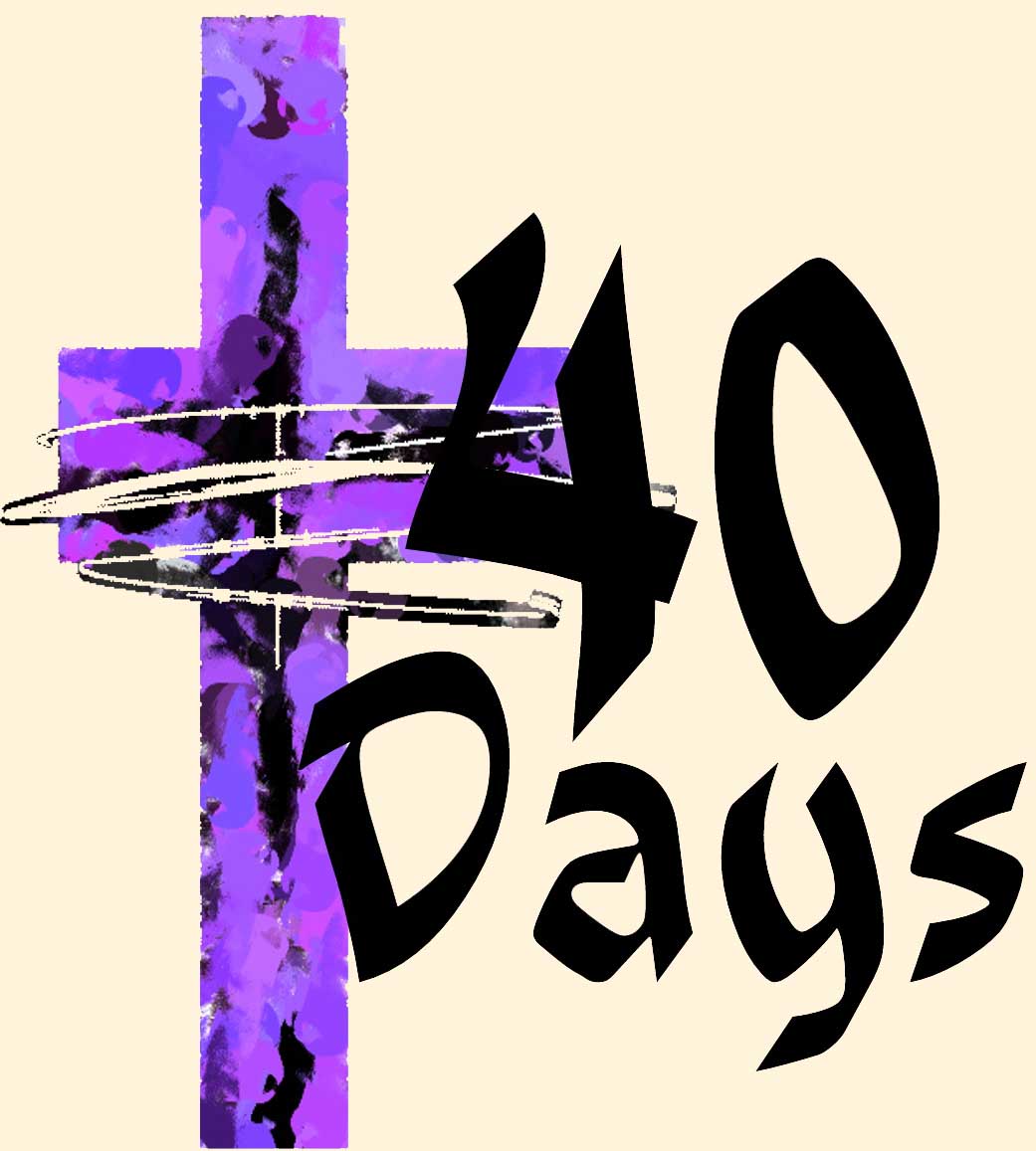 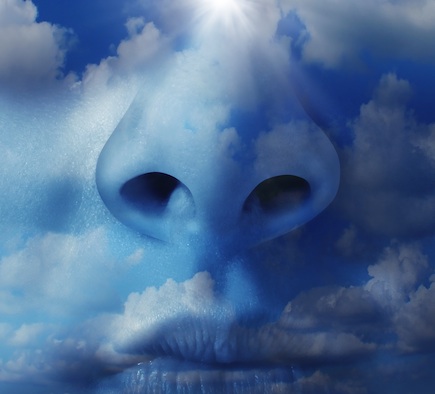 By now it’s the 5th Sunday in Lent. Some of our intentional disciplines to deepen and restore our relationship with God have faded. A month ago on Sunday we wrote down the appetites that were problems in our lives on slips of paper: food, news, fear, compulsions. On the reverse side we named practices that might redirect those appetites toward the kingdom of God–asking for help, physical and spiritual exercise, gratitude. As we came to receive the bread and cup, we discarded those slips of paper, in order to be fed and freed by Christ. I know some of us are experiencing the benefits of Christian practices and perseverance during Lent. And I know some of us are still feeling empty, tempted, or discouraged. If you’ve been keeping any Lenten disciplines, hang in there. This is good discipline. And Easter is in two weeks. Our scriptures today are a kind of crash course in Lent. In these stories, God speaks, so that we don’t lose our faith or lose our courage.

First, a little backstory on Ezekiel. He was training for the priesthood in Jerusalem, when he was exiled to Babylon with other Israelite elites. It was in Babylon–by the River Chebar–that God called him to be, not a priest, but a prophet. In his early career, from a place of relative distance and safety, Ezekiel warned his nation of impending doom, that Babylon’s power would eventually overwhelm the disobedient and rebellious Israel. On the very day that the Babylonians began to burn the city of Jerusalem, Ezekiel’s wife died and the prophet fell silent (ch. 24). When the siege finally ended, a messenger travelled from Israel to Babylon–this certainly took months–and told Ezekiel that Jerusalem was completely destroyed (ch. 33). At this point of total loss, Ezekiel regains his prophetic voice and begins to speak again. In his later career–like chapter 34 on–Ezekiel speaks more pastorally. It’s like he too is suffering with everyone who has suffered.

In chapter 37 God shows Ezekiel something horrible: a mass grave. On March 23rd the United Nations confirmed 10 mass graves in the Kasai region of the Democratic Republic of Congo. Government and militia violence in Congo is claiming combatants, civilians, and peace workers. Earlier this week we learned that the bodies of UN workers MJ Sharp, Zaida Catalan, and translater Betu Tshintela were found. Isaac Kabuayi, and two additional drivers are still missing. We Mennonites followed the story because we are connected to MJ through our churches and schools, through our network of family and friends, through our support of Mennonite Central Committee that first funded MJ’s peace-building work in Congo, through our shared commitment to peacemaking and peacebuilding, and through the Spirit of our God, who unites us with departed saints as well as those beside us when we gather for worship.

Ezekiel chapters 34-37 address the need for new leaders, restoration of peace, repairing community, and building hope. Now, it’s ancient prophesy; it’s dated. There’s stuff about sheep. There’s stuff about kings. Ezekiel is concerned with the honor of God’s name, which isn’t often our immediate agenda. He speaks to mountains, which seems like a waste of time. But God’s message of hope after Jerusalem was burned to the ground was this:

I will seek the lost…I will bind up the injured…
I will strengthen the weak. (Ezek 34:16)

God’s message of restoration is repeated with this verse: I will make with you a covenant of peace. (Ezek 34:25 and 37:26) God promises to sprinkle Israel with clean water, give the exiled nation a new spirit, remove the heart of stone and give a heart of flesh.

And then the hand of the Lord came upon Ezekiel and the spirit set him down in a valley of dry bones. There he was looking at death. Now, it’s a vision, a mystical experience. The upshot for Ezekiel is that his own role as a prophet is changing from being a prophet or warning to being a prophet of future vision. It’s almost like God is saying: Do you get it? We’re moving from mass grave to massive hope. God and Ezekiel talk about this place of death. Is there a possible future? The prophet isn’t sure. God is sure. And God works with this one willing person, Ezekiel. God gives Ezekiel a fresh prophetic role and a message of hope for his people.

One of my friends who served with MCC in Zambia years ago blogged about her experience of finding a dead rat in her kitchen. Here was a woman fighting the good fight against rodents, disease carrying bugs and dangerous snakes so that her young family could stay reasonably safe and healthy during their 3 years teaching peace and building relationships in Zambia. On the morning of the dead rat in the kitchen, Cheryl was understandably distraught. But when she let out a gasp of horror, her young son rushed to the scene and began praying mightily that Jesus would raise the rat from the dead. And we laugh…

Kent and I were hiking in a wooded area of a farm with our niece–she was 5 at the time–when we stumbled upon a skeleton. The bones were bleached white; grass had grown through the gaps where muscle had once held them together. The bones belonged to a cow. Now maybe my niece isn’t as formed by the life and ministry of Jesus as the youngster in Zambia, but she didn’t pray for the cow. Old white bones just don’t seem very close to life. She was pretty quiet and wondered how that cow died.

The human bones Ezekiel saw were exposed, lying strewn over the valley floor like empty bottles in a ravine. From paleo-archaeological research at some of the earliest human settlements, we know that we are a species that does not just leave bodies of the deceased lying around. We human beings die like other animals, but unlike other creatures we ritualize the passage from life to death. We bury bodies; we cover them with flowers, and pigments. We lay them gently in the earth. Even in cremation, we ritualize the scattering of ashes, as if our return to dust is a last breath.

It’s disturbing that these bones in Ezekiel’s vision weren’t cared for in some ritualized way. A likely reason was that the visionary valley was a battle site. When the fighting ended the war moved to other ground and the bodies were left to decay. Verse 9 says: O Spirit, breathe upon these slain that they may live. The Hebrew word for “slain” refers to people who have been killed by ruthless violence, or in a wholesale slaughter in a war (BDB). Perhaps all those bones were the remains of forgotten fighters.

But from a forgotten battlefield, there’s an upside-down inside-out restoration as the tendons and then the flesh, muscles and skin cover these bones and finally the Spirit gives breath and the bones live. They stand up, a vast multitude, a defenseless army raised by the God of life, a vision of hope beyond the violence and destruction.

These bones are the whole house of Israel.
They say, ‘Our bones are dried up, and our hope is lost;
We are cut off completely.

Our New Testament scripture could not be more poignant for those among us grieving or facing the death and destruction in the world. One day Jesus, the flesh and bones and breath fulfillment of God’s life-giving work among the people of Israel, Jesus himself goes to the tomb of one person, his dear friend, Lazarus, who has died. And Jesus cries, just like the rest of us cry when death or violence or injustice have interrupted the love and life God intends for the world. And with an act of divine compassion Jesus calls–Lazarus, come out. And makes the dead to live again.

These two scriptures are a “crash course” in Lent because they preview the cross and resurrection whether we’re ready or not. Friends, even though God shows Ezekiel the valley of death, God does not leave him there to fend for himself. God also shows Ezekiel something beautiful, a transformation, something that is not possible without God. God restores Ezekiel’s hope. Yes, Ezekiel who was spared the siege of Jerusalem only through the circumstances of his privileged status, is supposed to speak as a prophet. Yes, those exiled will have a secure home. And yes, O yes, the Spirit of God will be with you, within you. I will put my spirit within you, and you shall live, and I will place you on your own soil; then you shall know that I, YHWH, have spoken and will act! (Ezek 37:14).

Jesus says: I am the resurrection and the life and Martha says: yes, I believe you. For those of us who have trouble believing in Jesus as Savior of the world, or the Son of God, or the risen Lord, God’s word to us in scripture today is to simply believe Jesus. Like Martha, Mary, and Lazarus, like the disciples. We too can believe Jesus. We can believe that God is love and that human beings can be agents of that love through our lives and even through our deaths. We can believe that God’s love for the whole world cannot be eclipsed by death, even the death of our brother, even violent death, even our own death, even death on a cross. We can believe that even if he’s late, Christ is coming to restore all things and bring life out of death to us all.

Beginning next Sunday, we enter Holy Week. I suppose it will be inconvenient to have “extra” worship services, but living with faith and courage might require some inconveniences. It is wise to listen to God’s word in the stories of Jesus’ entrance into the rebuilt Jerusalem on a donkey, and his last supper with his friends, and his being handed over for execution. We need this journey because just like Ezekiel had a role to play in God’s restoration of a nation and just like those bystanders were called upon to unbind Lazarus and let him go, we too are engaged in the life-giving work of love that God is doing in this world. Let’s not lose our faith or our courage. Let’s be ready to receive our assignment from the God of resurrection life.

May the God of hope
fill you with all joy and peace in believing,
so that you may abound in hope
by the power of the Holy Spirit.