On our construction project management page, it says the project was due to end on May 6, and that "Project was due yesterday." It's possible that the webpage is not attuned to the ins and outs of finishing off a project, and the way the last several items seem to take the longest, in part because there's more individual attention to each one, and in part because some of them are last on the list for a reason.

But let's ignore the webpage for now. Let's pretend there was instead a project groundhog who came out this week to check on the progress.. and saw his shadow and thus predicted another six weeks or so of work. Possibly more. But all of it good.

Here's what's been going on since the last update. 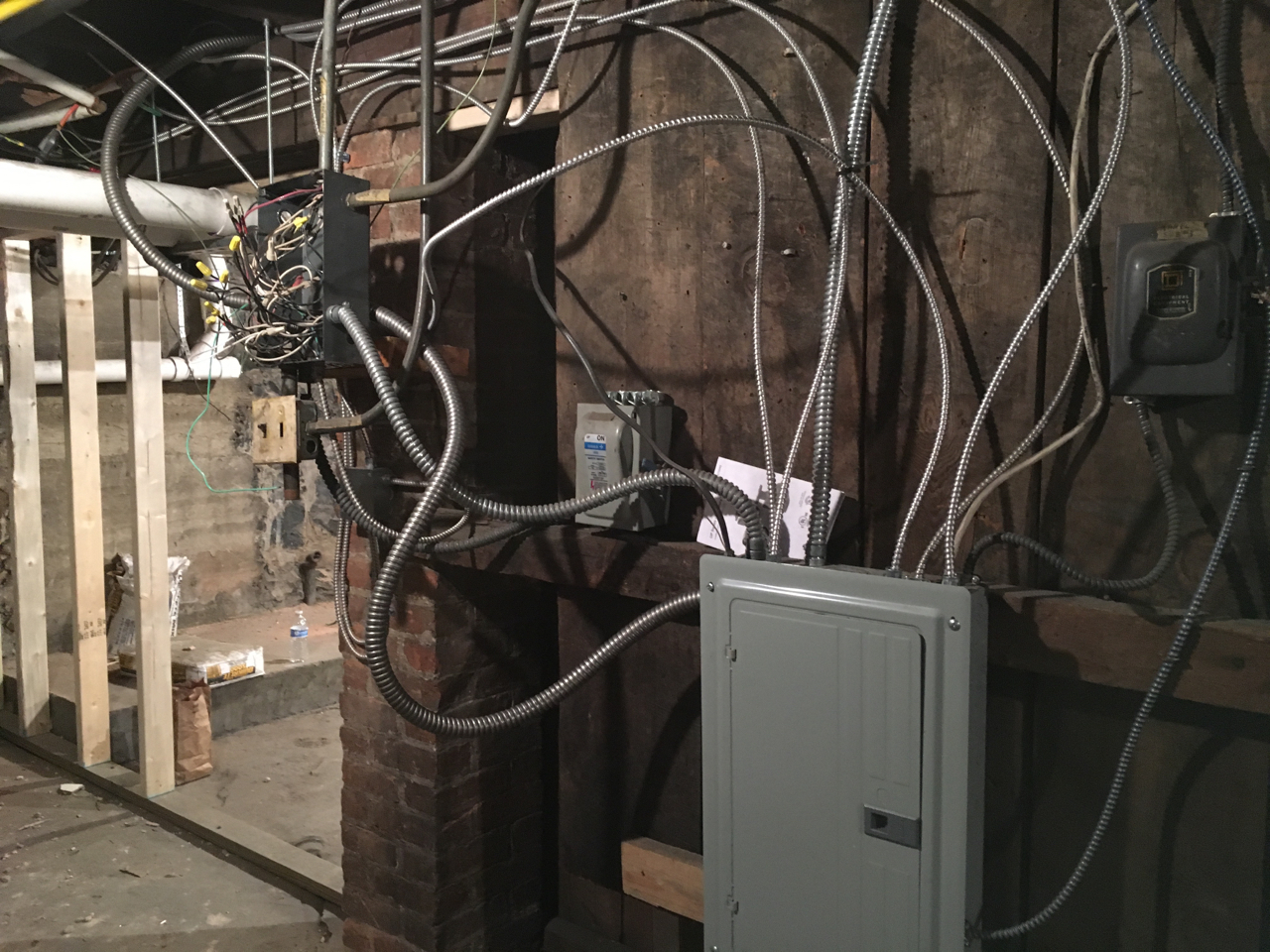 This is the disaster that was our furnace room electrical panel before (and this is even somewhat cleaned up from the mid-2015 version). 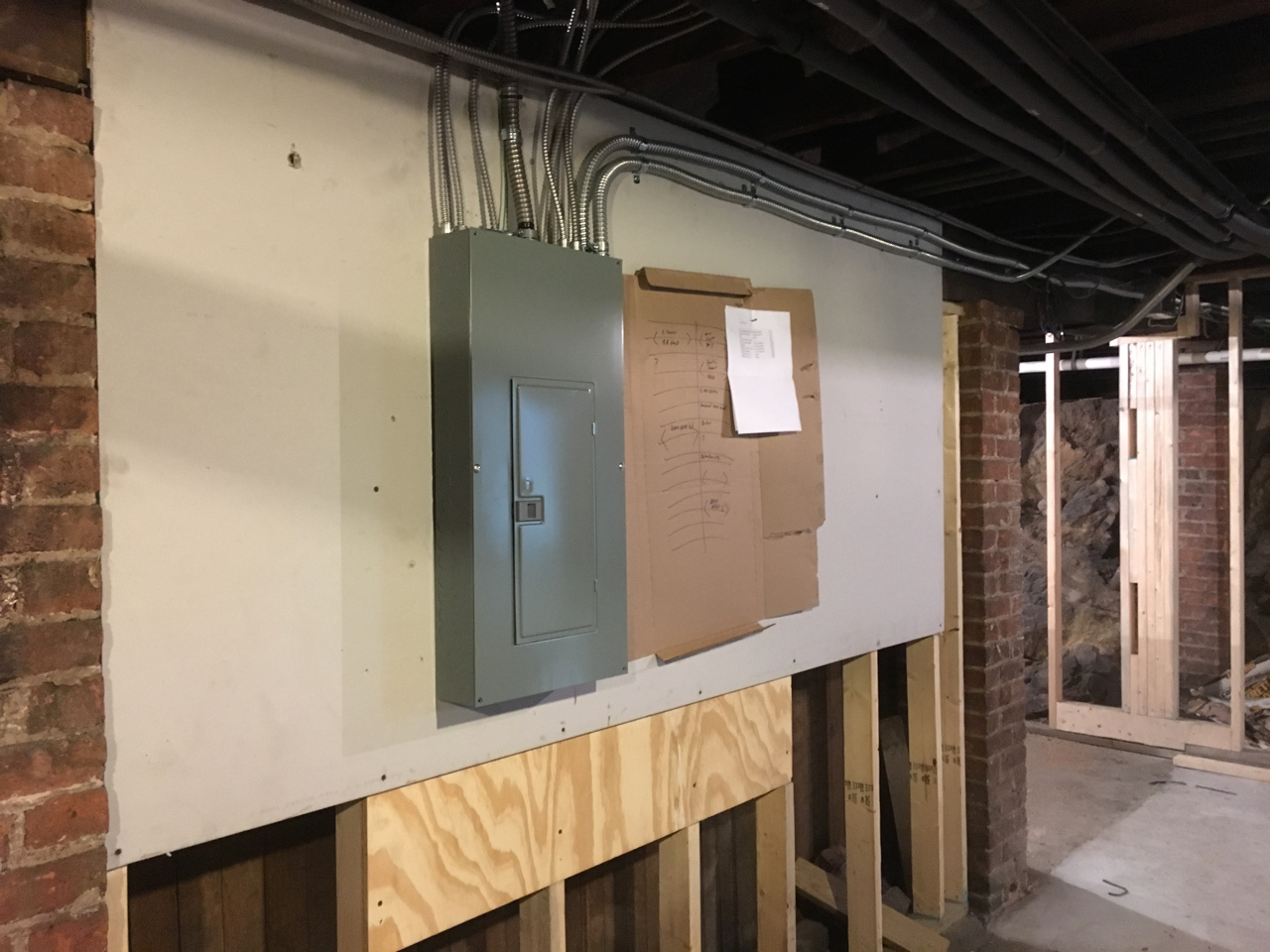 This is the extensively revised, current version. Thanks Hugh and thanks, Cline Electric. 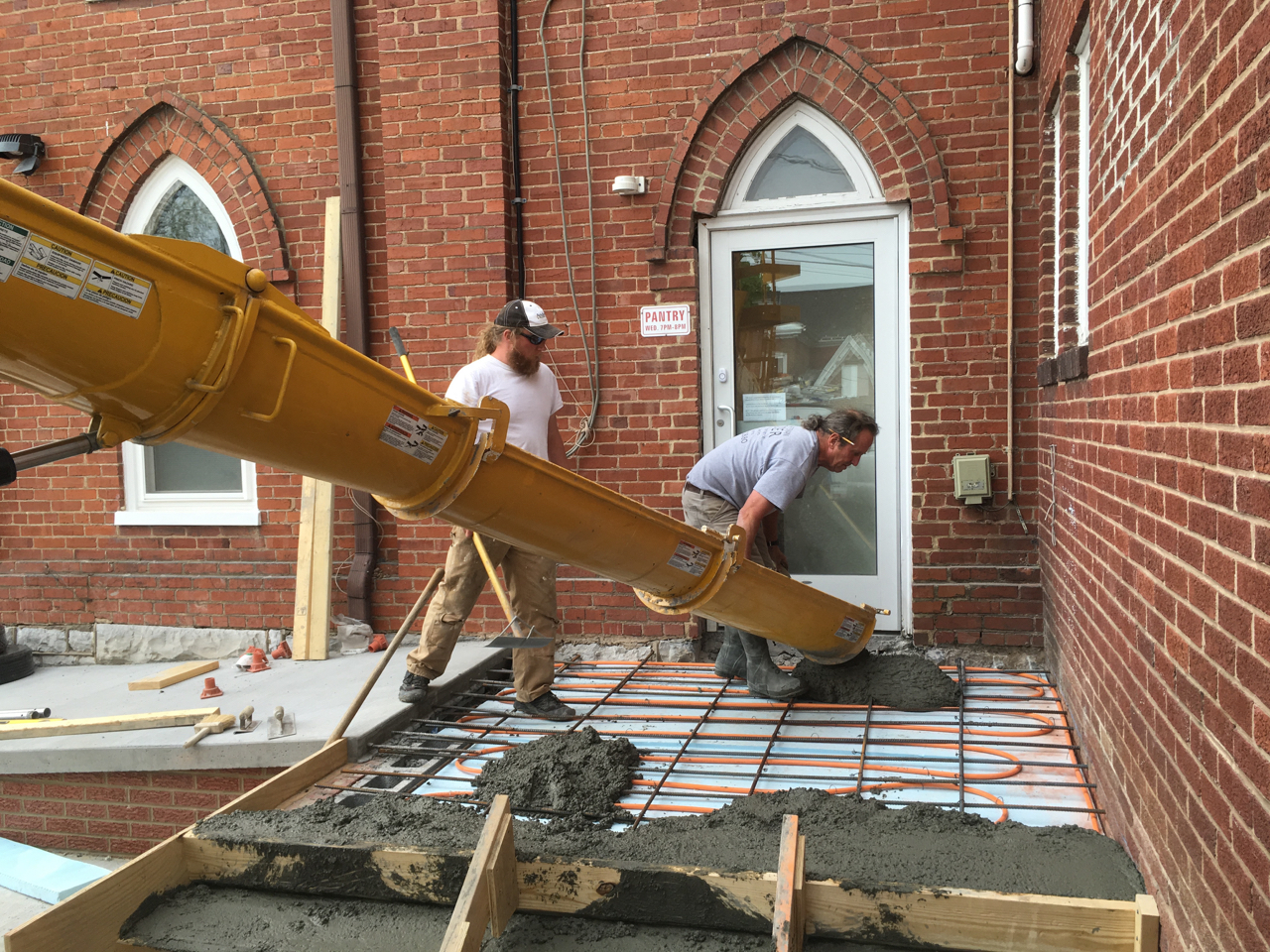 Kent and Justin Yoder did the expert forming and concrete work for the North Ramp, which includes burying hot water tubing in it that can be connected to the boiler at some point in the future, when funds are available. 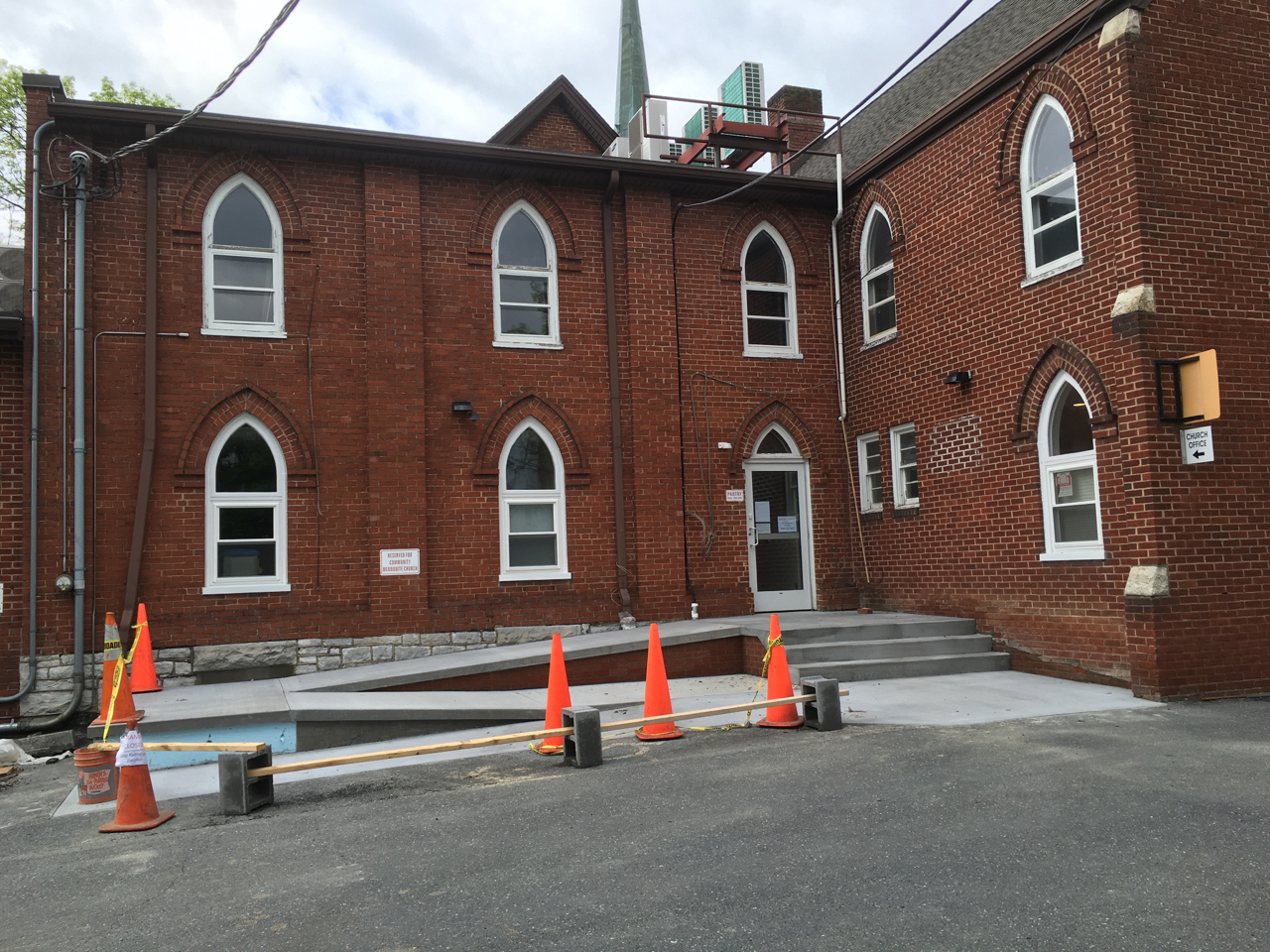 The new ramp. Note how the steps no longer end in traffic–we plan to put a planter or something at the corner of the building to make it even safer. The ramp should only be used carefully, if at all, until the railings are installed.