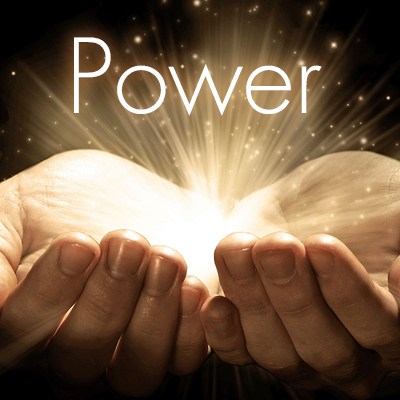 In recent weeks, I’ve found myself thinking a lot about the role that power plays in our lives and communities. “Power” is a word that makes a lot of us a little uncomfortable – maybe “influence” or “authority” or even “polity” feel more acceptable. But regardless of what we call it, power ebbs and flows through our relationships, our families, our church systems, our neighborhoods, our workplaces, our government.

When we want to understand where power is located in a community, we ask questions like, “How are decisions made? Who could veto that proposal? Who would we have to convince in order to create something new? Who is responsible to keep our community safe when one of us is hurting others? Who gets to decide how to tell our shared story? How does this community clarify who can belong and who cannot?”

I recently read a book that has been helpful to me in thinking about Christian discipleship and power. It’s called Strong and Weak: Embracing a Life of Love, Risk and True Flourishing by Andy Crouch. Crouch argues that we have often, as Christians, seen power as primarily a dangerous and corrupting influence – something to be feared or avoided – and not as a good gift from God.

This view of power as fundamentally dangerous or corrupting may ring especially true for those of us who have been shaped by the Anabaptist tradition. Many of our origin stories – the stories of sixteenth century Anabaptists – are stories of profound powerlessness and suffering at the hands of powerful political and religious leaders. Such formative experiences of the abuse of power have led many Anabaptist communities to develop a strong guardedness about the pursuit or acquisition of power.

And while serious caution is warranted, given how disastrously we humans tend to abuse power, our narrative about power often makes it hard for us to honestly assess when and where we do have power.

But the truth is, we all have power, to some degree or another, in at least some arenas of our lives. Some of that power is the direct, decision-making kind of power – the power to say yes or no, the power to create something out of nothing, the power to choose one course of action over another.

And some of our power is indirect – we make suggestions or recommendations, we articulate a perspective or share a personal story or piece of advice.

But unless we can identify and own our power, we have very little opportunity for using it for redemptive rather than destructive purposes. We have to make peace with our power before we can use our power to make peace.

Crouch argues that power flows from God and was first given by God to human beings before sin entered our world. Power is meant to be used for good, for the flourishing of human communities, of people in interdependent networks of relationships. Flourishing creates the space and conditions for all of us, including the most vulnerable members of our communities, to fully become all of who we were created to be.

Crouch defines power as “the capacity for meaningful action.” Those with power have the ability to act in a way that has an impact, that causes something to happen. And it’s not just random action – it’s action that’s meaningful. Their action is part of a larger story that began before this moment of action and will continue on after it. Their action moves the story forward in some way.

The power to nurture true human flourishing, Crouch argues, contains a paradox. Power for human flourishing requires both authority – the meaningful capacity to take action – and vulnerability – meaningful risk of loss. Those who want to see a community flourish have to use their authority in a way that releases control over the others who are involved and over the outcome. This kind of use of power calls us to use authority with open hands and open lives, to invite transparency and accountability, to make space for others to influence and shape the outcome.

Organizations go bad, Crouch says, when leaders seek authority and control without being willing to risk that others might push back or have influence as well. That kind of power – power that seeks to avoid vulnerability – comes at the expense of others ability to act. It leaves the less powerful with few options other than reacting to what has already been done to and for them. This kind of power easily becomes exploitative, increasing the authority and decreasing the vulnerability of the more powerful, while decreasing the authority and increasingly the vulnerability of the less powerful. We call that kind of use of power “injustice.”

In both of the passages we read today, God gives power in ways are very public and visible. And in both cases, it’s power that includes both authority and vulnerability.

In the first passage – from Matthew 3 – we see Jesus going down to the Jordan River where John the Baptist is calling people to confess their sin and be baptized as a sign of repentance in preparation for God’s judgement.

Jesus is literally the last person who needs this baptism, and John knows it. He protests, “I need to be baptized by you, and do you come to me?”

But Jesus insists that he must be baptized by John.

And in response to this embrace of vulnerability, God gives Jesus authority. The Spirit descends on him and God declares “This is my Beloved son, with whom I am well-pleased.” Jesus, God is saying, has been chosen and given power for a particular task, the task of making God known through his life and death. Jesus has been given authority to take action on behalf of God’s mission of shalom – of the flourishing of all creation.

Jesus continues to hold authority and vulnerability together throughout his ministry. Forgiving, teaching, healing, creating and recreating – speaking and acting over and over again with the authority of God. And yet, his life is filled with vulnerability. He gives himself to people who betray him. He speaks truth even when it threatens, and risks backlash from, those with political and religious power. He risks everything, even his own life, for the sake of those he loves.

Authority and vulnerability are also at the heart of the Pentecost story. Luke tells us that the disciples were all together when the house where they were gathered was filled with the sound of a violent wind, and tongues of fire appeared among them and rested on each of them. Wind and fire are signs in scripture of God’s fearsome presence – Luke is telling us that, suddenly, God is there among them, full of power, breathing fire, riding on the wind.

And the power of God, the creator of the universe, is not only present with them, God’s power is present in and through them. They begin to speak in languages that are not their own, in the mother tongues of their immigrant neighbors. And each one hears the word of God in his or her own native language, in the language of childhood, and of memories, and of dreams.

This powerful God among them has poured out power in and through them. And it is a creative power that is speaking a new community into being, a community that crosses cultures and languages, genders and age differences, economic class and social status, a community that speaks in the heart language of each person, offering a space of belonging and flourishing.

So I think it’s striking what happens next. Those who experience this event of astonishingly abundant divine power don’t respond by asking how they can get some too. They don’t respond to this awesome display of power by seeking power. They hear the story of Jesus’ death and resurrection and they are, Luke says, “cut to the heart.” They respond to this outpouring of power with confession, with vulnerability. They respond by entering the waters of repentance and death, and trusting that they will be raised up to new life. They follow Jesus into vulnerability. And in doing so, they receive the empowering gift of the Holy Spirit.

Those first disciples lived as we are called to live. They stepped forward into the way of Jesus, who although he had all authority, took on all vulnerability for the sake of empowering love.

The author of the letter to the church in Philippi, quoting an ancient hymn, put it this way:

Christ Jesus…though he was in the form of God,
did not regard equality with God
as something to be exploited,
but emptied himself,
taking the form of a slave,
being born in human likeness.
And being found in human form,
he humbled himself
and became obedient to the point of death—
even death on a cross.

My friends, as we consider our own authority and power, let us follow in the way of Jesus, embracing both meaningful action and risky, vulnerable love for the sake of the flourishing of God’s community of beloved ones.