The weather this week got wet, and then it got colder than one would hope for. In addition to being less than ideal for the Virginia Relief Sale, the rain and cold had unexpected effects for the building renovation project, too. Here's what went on this week: 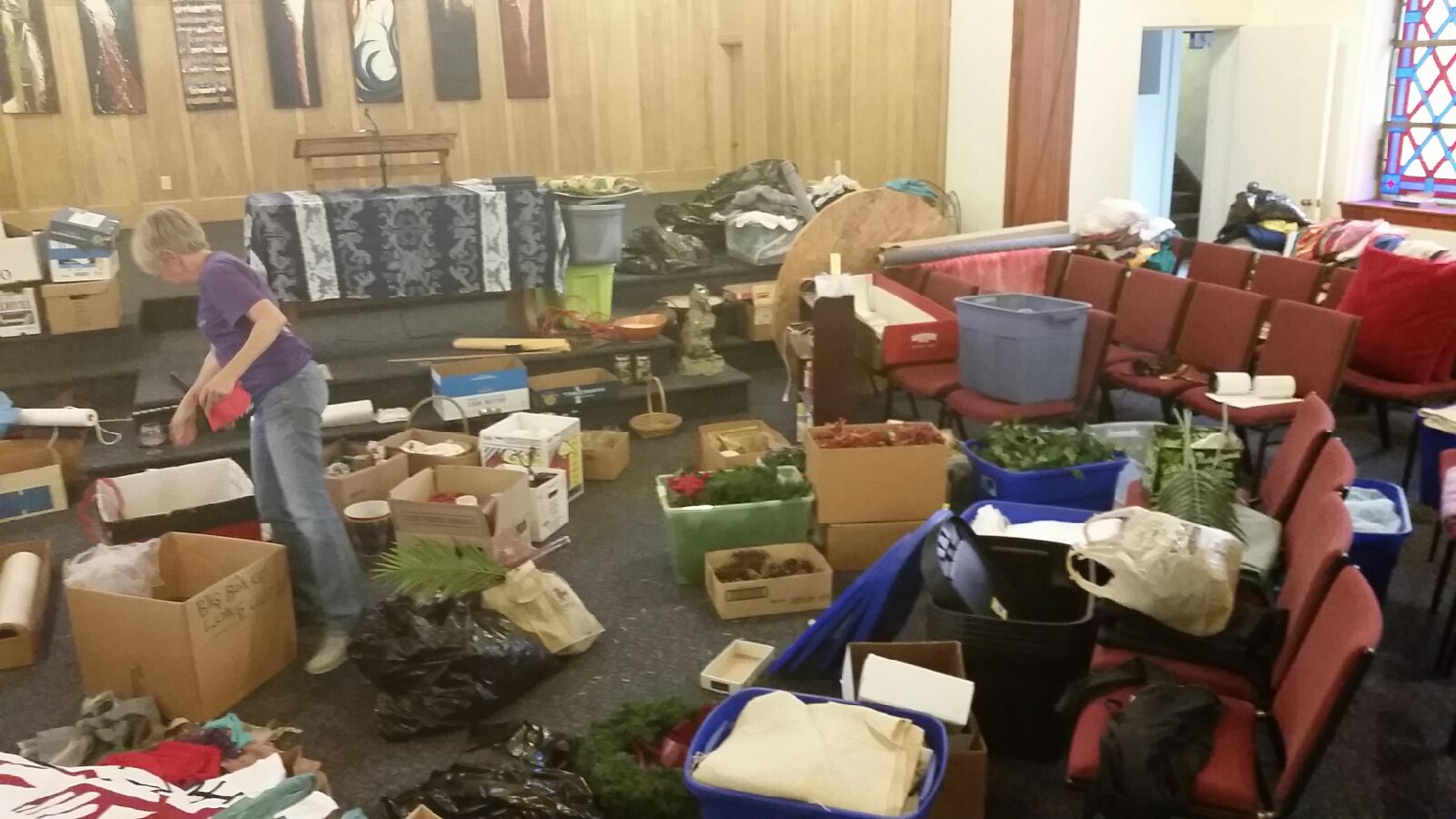 You wouldn't believe what the worship arts committee found in the upper storage room. Cleanup was done there to allow installation of the new sanctuary air handlers. 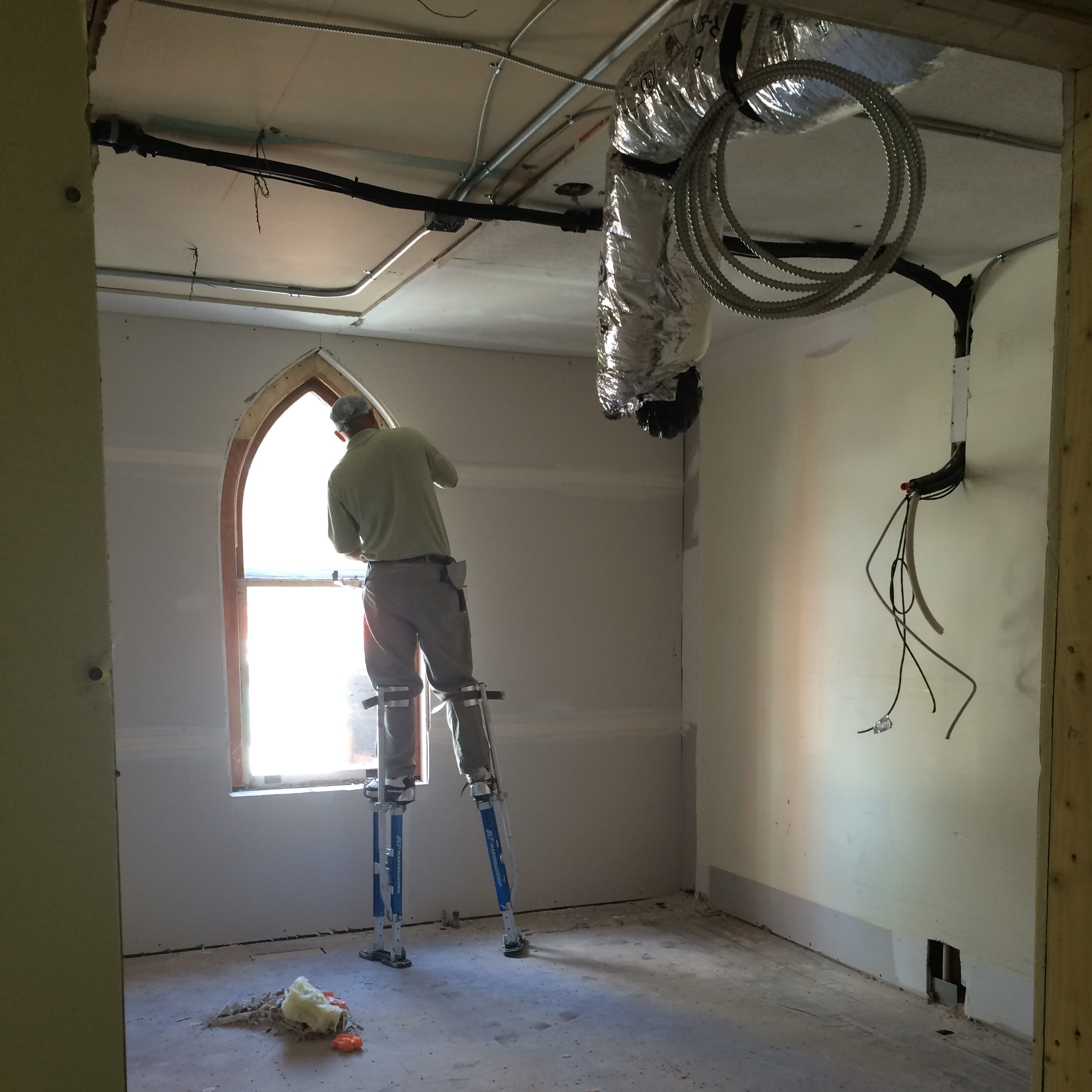 Drywalling in the new nursery. Too bad no babies were there to see the stilts. 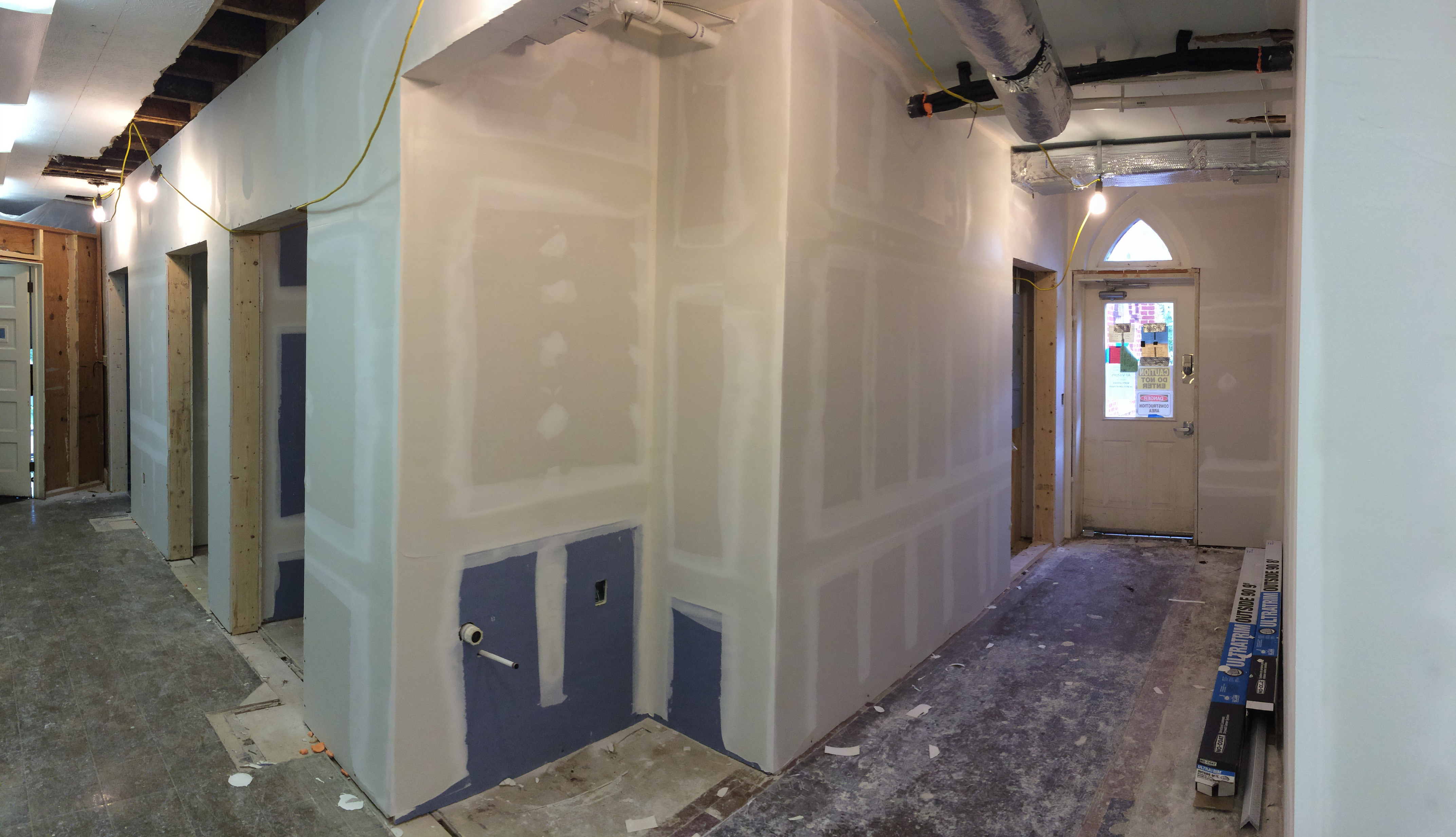 Actual walls (!) in the hall from the ramp entrance, and, to the left, around the doors for the women's restroom and office entrance