As the last month of this first stage of the project begins, some steps look smaller–there's no remaining walls to move, for example–and some make it start to look like it may actually get finished. The most important thing to report just now, is that the work is on schedule and should wrap up just before Thanksgiving. Then there will be a break in December, and then mass destruction and reconstruction of the fellowship hall. 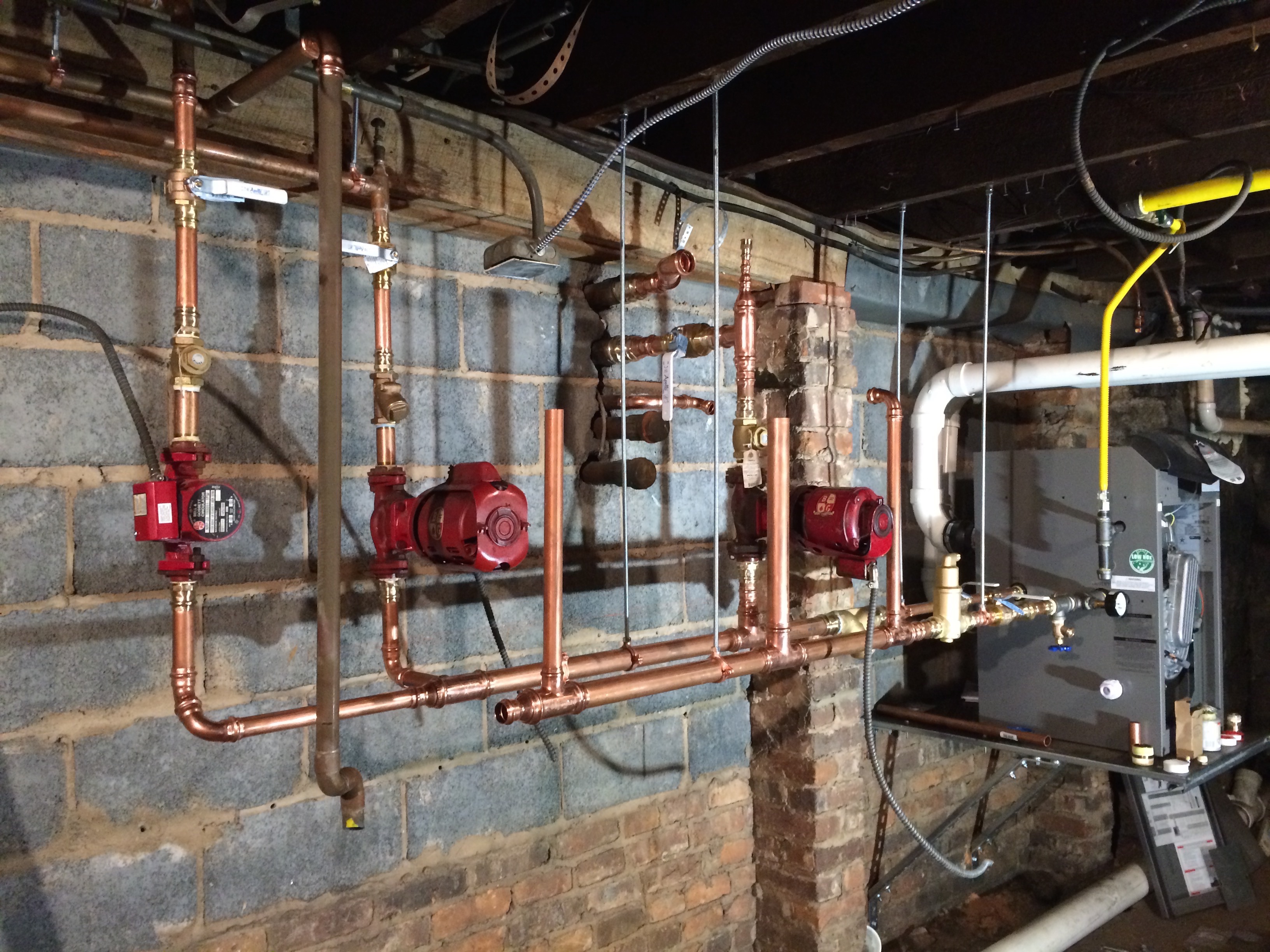 Shiny pipes are the best pipes. That's the new small boiler on the right. 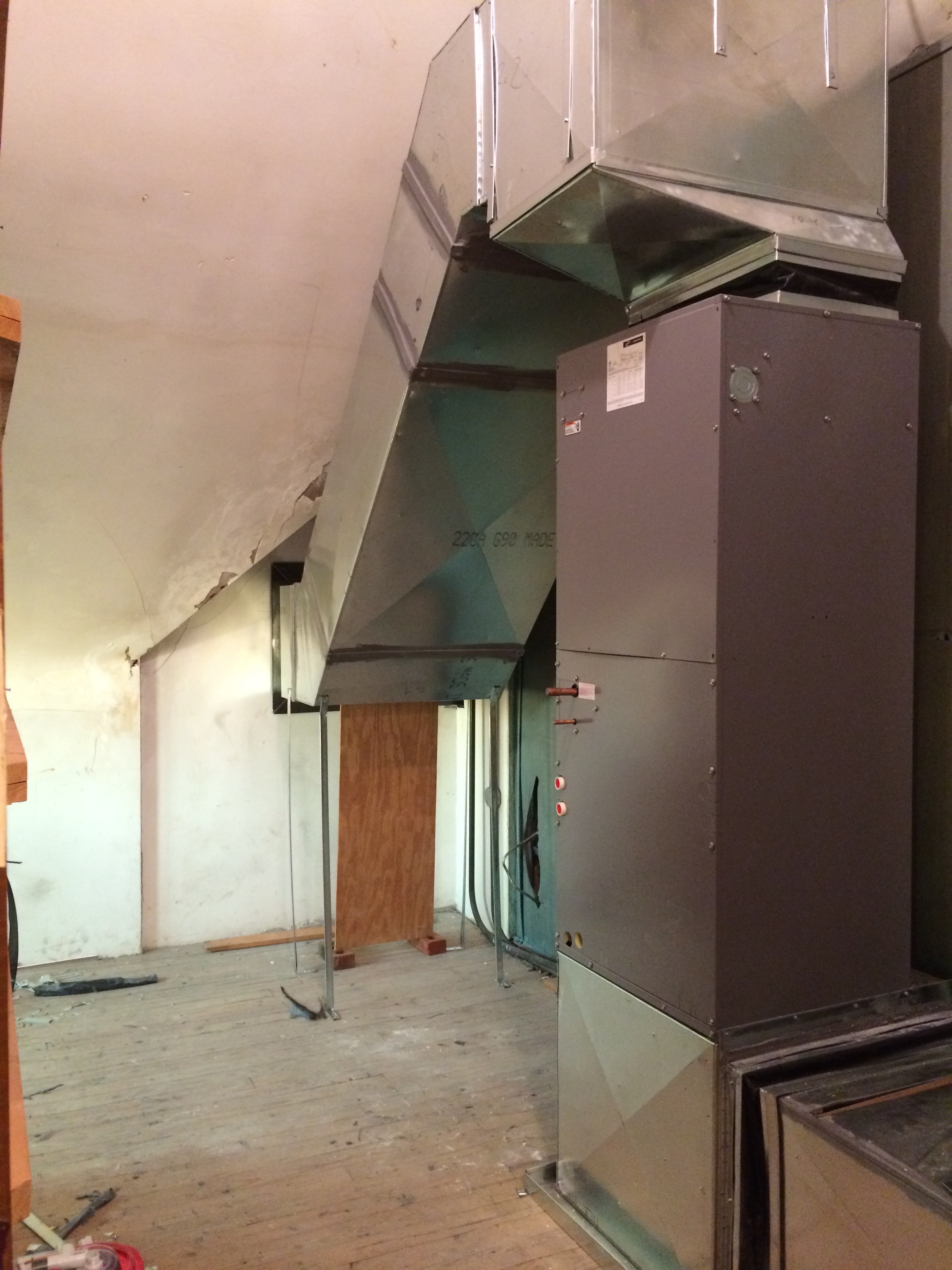 One of the twin HVAC units in the upper rooms beside the altar area. Probably in the past there were organ pipes here. 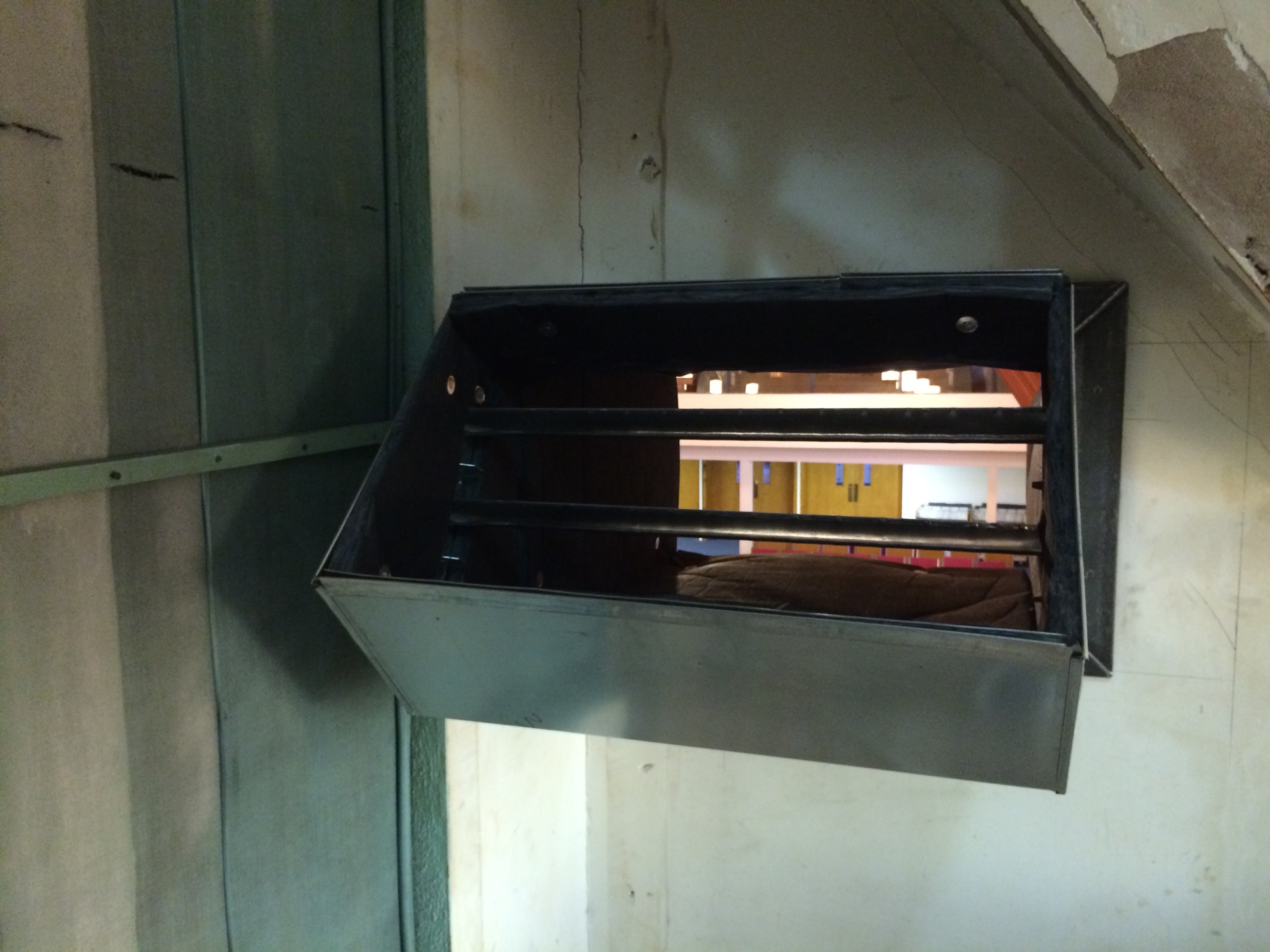 If you were air coming out of one of the sanctuary HVAC units, this is what you would see as you made your grand entrance.