The railing is installed on the new ramp (pending a few adjustments), and the fellowship hall carpet is coming in a few short weeks, but last week was highlighted by the amazing accomplishments in the basement. There, a crew installed concrete pads and laminated veneer lumber (LVL) beams under the coat room and kitchen; cut and poured concrete pads in the floor for steel columns that will support the north hallway floor; and framed and put up drywall around the ductwork on the north wall of the basement Sunday school rooms.

That's a lot for one week, which makes it even more amazing that it was done in one day. And the astonishing part is that it was all donated labor: 32 volunteers from CMC and from the local Guild did it. (The Guild is a group of local carpenters and builders who give one day each month to work on a project for a nonprofit or charity; there are several CMC people in the Guild.)

Jack Rutt took pictures (and supplied captions), which you can see here. There is even a video of the people in action. With jackhammers.

Jack says it was a "CMC version of an Amish barn-raising" that was worth at least $10,000 in labor costs, which is incredible. Others helped last week, including a small group that came in to paint for an evening, and Joan Kauffman who made lunch for all 32 of the people on Guild day. I tried to do a rough estimate of volunteer hours on the project before last week, and came up with 1,300 hours, which I'm almost sure is low, and positive that those hours would have cost at least $30,000.

That's a lot of time and the building committee is very grateful.

We're grateful, of course, for the care and quality of work our paid contractors have done too. But as we start to use the whole church again as the work is finished, there will be something like a halo, to my eye, around the walls people built and finished as a gift. 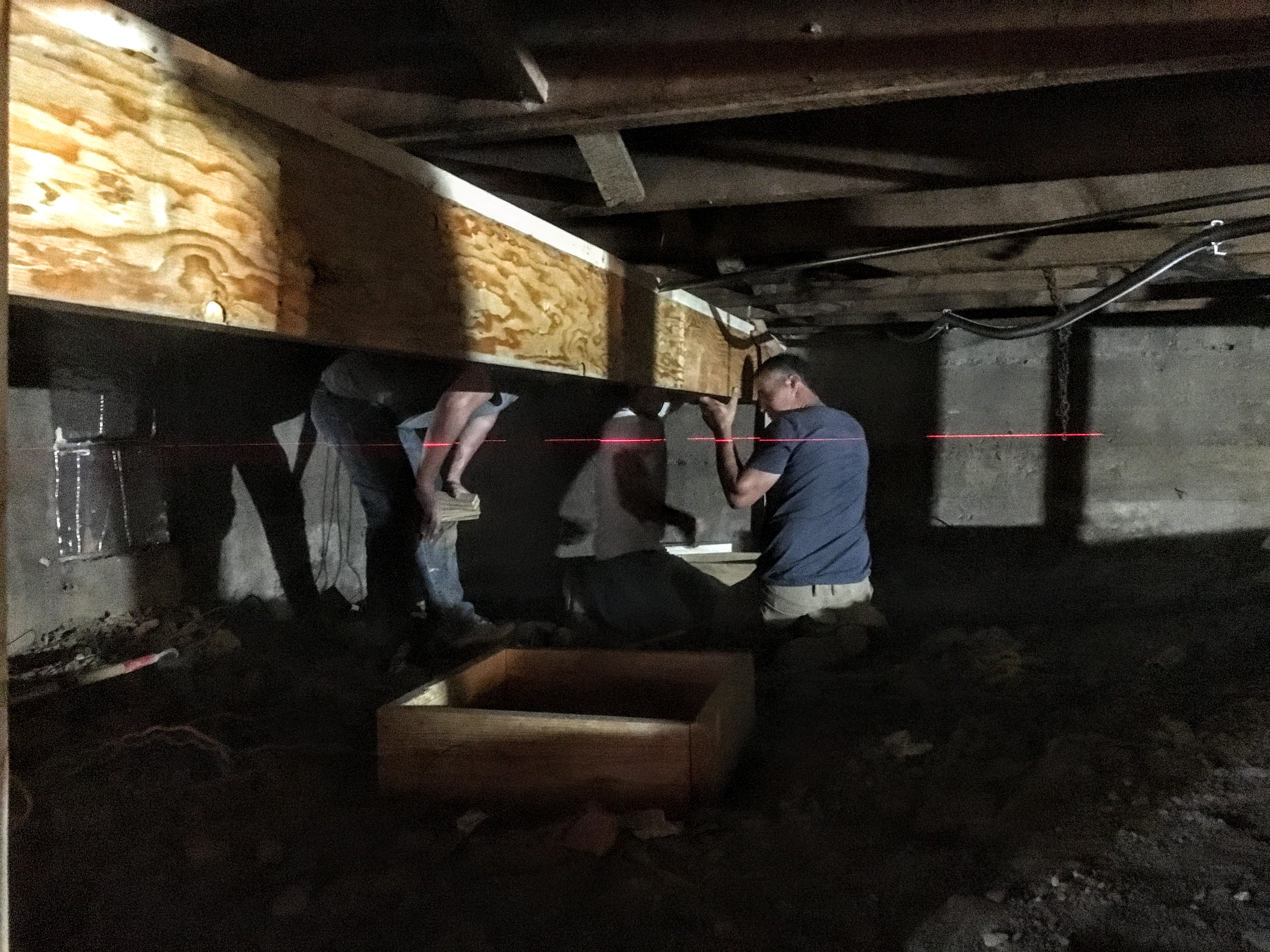 Just one of Jack's pictures–go see the rest. But this is an LVL; it holds up the coat roam, it has to be installed in a small space; you need a laser level to do it right; and you need to bring concrete in there in buckets to fill the wood form at the bottom of the picture, then install a column to support it.